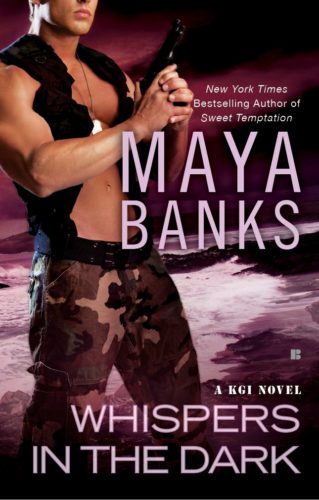 Book 4 in the KGI Series 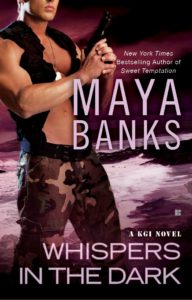 The valley went quiet. Wind whistled eerily through the trees. Leaves rustled. Chills raced down Shea’s arms. She was Nathan’s only barrier to the cold. His only protection from pain that should have had him unconscious on the ground.

In the distance, the bastards crept forward, drawing closer to Nathan’s position. He held a finger up to tell Swanson to hold off.

Swanson nodded and tightened his grip around the rifle.

They were about four hundred yards away when the world exploded in a series of gunfire. Several of the men who’d been pursuing Nathan and Swanson hit the ground. Others broke and ran, shooting wildly left and right, completely away from where Nathan and Swanson stood.

“What the fuck?” Swanson demanded.

His heart raced and damn near beat out of his chest.

Nathan had never been so happy to see someone in his entire life. It was all he could do not to run out, waving his arms, but he remained in his position and told Swanny to do the same.

It was clear by the number of Tangos hitting the ground that snipers were picking them off on either side. What was left was taking heavy fire from the swarm of soldiers coming at them from all sides.

A few Tangos got close enough for Nathan and Swanson to squeeze off shots. In a matter of minutes, what few remained turned tail and hauled ass back the way they’d come.

Swanson let out a whoop and hoisted his rifle into the air.

Jubilation filled Nathan as well. We did it, Shea!

Nathan waited for the reassuring response from Shea but she was silent. Dread gripped him until finally he felt her stir and warmth traveled through his body again.

Her confidence imbued him with the strength to walk out from behind the tree. He staggered from cover just as Swanson started out as well. The two men helped each other as they went to meet the approaching soldiers.

As they drew closer, Nathan’s pulse ratcheted up and tears blurred his vision. Donovan? Sam? Ethan? Garrett? Holy shit. It was KGI, not the army.

“I don’t give a fuck if they’re your sisters,” Swanson said as he hoisted Nathan’s sagging body. “I’ll kiss them just the same.”

Adrenaline left him. Even Shea’s unwavering support couldn’t hold him up any longer. Nathan sagged, going down to his knees.

It was like a breaking dam. Pain flooded him. Fire burned through his limbs, his muscles, even his veins.
He realized that Shea’s strength was gone. She could no longer shield him. She’d shielded him far too long already.

He glanced up to see horror written on his brothers’ faces as they ran toward him. Then he looked down, realizing what they saw. He was gaunt, completely naked, and blood ran in rivulets down his body from all the cuts. It streamed down his leg where he’d taken a bullet.

He looked like he’d been to hell and back. He could feel the fires of hell licking up his body until he was consumed in agony.

He pitched forward, bracing his palms against the cold earth as his brothers surrounded him.

Shea’s weak voice reached him just as he sensed her withdrawal. Only it felt final this time. Not like the others when she’d always promised to come back.

Please, please don’t tell anyone about me. Please keep my secret safe. My safety depends on it.

And then she was gone, leaving a giant, yawning hole in the pit of his soul. His fingers curled into the dirt. “No! Don’t leave! Goddamn it, don’t leave!”

As his brothers tried to roll him over, Nathan went ballistic. Here, when he was surrounded by his brothers, he’d never felt so alone in his life.

Garrett palmed Nathan’s face with both hands and lowered his face until they were mere inches apart. “Nathan, we’re here. We’re taking you home. Everything’s okay now. We’re going to get you out of here.”

“Swanny. Take care of Swanny,” he managed to gasp out.

Tears streamed down Nathan’s cheeks as he stared up at the sky, so brilliantly blue. It ought to be red for all the bloodshed and yet it was pristine and soft.

The words broke painfully from his raw throat. He hadn’t realized he’d been screaming just a moment ago. He closed his eyes as pain engulfed him.

“Who the fuck is Shea?” Sam demanded.

Donovan knelt to wrap Nathan’s leg to stop the bleeding. He didn’t even flinch. There was simply too much pain, too much loss.

He caught a vague image of her curled into a tight ball, suffering alone. It was more than he could bear. And then his mind went blank. No Shea. It was as if she’d never existed.

“Down! Down!” Sam hollered.

None of what they said made sense but suddenly Nathan found himself covered. Donovan pressed him to the ground.

Donovan pushed himself off Nathan and then stared down at his brother. “Looks like Uncle Sam decided to come along after all.”

Nathan turned his head, squinting into the sun. The valley was swarming with soldiers. It was too much to take in. He’d been on the verge of giving up all hope of ever returning home.

Thanks to a faceless woman with the voice of an angel and the strength of a warrior, he’d survived. 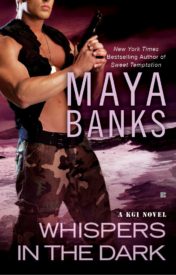 Whispers in the Dark in Other Languages:

is Book 4 in the KGI Series