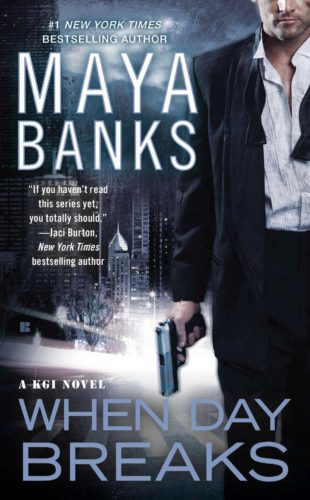 Book 9 in the KGI Series 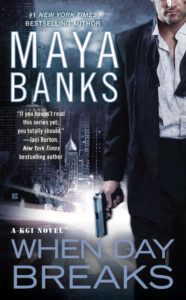 “Smile! Come on Eden, give me sultry. That’s it. One more. Perfect!”

Eden arched her neck, flipped her hair over one shoulder and sent her most smoldering glance straight into the camera lens. Her neck ached and she wanted a break, but there was still the dogs to contend with.

“Okay, that’s a wrap. Justin, where are the goddamn mutts?” the photographer bellowed.

On cue, two Chihuahuas were carried onto the set while another assistant changed the backdrop. As Justin shoved one of the dogs into her arms, the tiny dog snarled at Eden and began to yap furiously.

“Uh, Eden, they don’t have much hair,” Justin said in his tinny voice.

She rolled her eyes. The guy was so literal. “It was an expression,” she said uselessly.

“Well, whatever, but be nice to them. We need to get these shots and you can’t be scowling, nor can they be growling at you. You’re supposed to be laughing. Flirty. Cute even.”

Eden had to call back the growl that rumbled in her throat. King, her mastiff, wouldn’t forgive this transgression. As soon as he smelled other dogs on her, he’d sulk for eternity. That is, until she broke out the treats as a peace offering.

Pasting on her brightest smile, she cuddled, or as much as she could when the dog was a wiggling mass of unhappiness, and turned her attention to the camera.

The photographer shot rapid-fire, capturing every angle. He barked commands at Eden as if she were the dog, and then she got on her knees and the two dogs gathered around her as she acted out playing with them, her smile bright, cheeks aching from the effort.

She had a huge, huge shoot the day after tomorrow and if they didn’t get this wrapped up today, there went her one day off to get some much-needed downtime before the Aria cosmetics commercial shoot.

It had been a huge coup to land the lucrative contract. It would set Eden up enough that she could retire if she so chose, though she planned to work a few more years. She would only be in demand a few more years at best. There was always someone younger, more beautiful, more eager climbing the ranks. While Eden might be the big thing today, there was nothing to say that tomorrow she wouldn’t be yesterday’s star.

But she did plan to slow down some at least. She had already planned a vacation after the Aria account was finished. Already she was imagining being home with her father and brothers. Maybe she’d take them someplace nice. To the mountains. They all loved it there. It didn’t really matter, though. She just wanted to be around her family again. It had been months since the last time she’d seen them for more than a day here and there. Though it had made her schedule tight and taken away from much-needed rest, she’d scheduled flights home occasionally when she had only a day between gigs.

“Are you with me, Eden?” the photographer snapped. “Believe me, sweetie, we all have things we’d rather be doing, but don’t let me hold you up. By all means take all afternoon.”

Eden shot him a glare before snapping back to the task at hand. She was bone weary and she was just ready to be done with it so she could sleep about twenty-four hours before flying to Paris for the Aria shoot. She had to look her absolute best. Fresh. Rested. Sparkling with life.

For another half hour she suffered through endless smiles, ignoring the dogs that seemed to hate her and getting them to cooperate for the camera. At one point, Eden slid her hand underneath the belly of one of the pooches, intending to scoop him playfully so they were nose to nose. Only the dog wasn’t having it and sank his sharp teeth into Eden’s hand.

She dropped the dog and held her hand in her other palm, glaring at the offending dog, who looked supremely pleased with himself.

“Okay, that’s a wrap,” the photographer said in an irritated tone. “Get someone to look at her hand, damn it. Are you up to date on your tetanus shots, Eden?”

She gritted her teeth, still glaring at the smug dog she was positive was laughing at her.

“I’m fine. He didn’t break the skin.” Thank God. Her hands would be predominantly on display in the upcoming commercials, as would the rest of her body. She didn’t need any blemishes or cuts.

Still, one of the assistants rushed over with a first-aid kit and clucked and fussed over Eden until he was satisfied that the spot was only red and would likely fade within a few hours.

She listened as he rattled off a ton of instructions for how to treat it, moisturize it and care for it so her skin was perfect for the upcoming shoot. She tuned it all out and glanced to where David and Micah waited in the wings.

They recognized it for the SOS it was and pushed forward, flanking her and herding her toward the exit.

“Oh, I don’t know,” Micah drawled. “You looked kind of cute with the little hairless rats.”

She shot him a dirty look that guaranteed payback.

The two men her father had insisted oversee her personal security and traveled with her everywhere she went situated her between them as they left the studio. They were nearly to the waiting car, the driver having been alerted by David that they were coming out, when the world seemed to explode around them.

Screams sounded shrilly in Eden’s ears as she went down hard, a two-hundred-pound man on top of her. There were hoarse shouts, more screams and the sound of scrambling people on the sidewalk. More glass shattering, windows of the building being broken out.

A car roared up, a barrier between Eden and whatever the hell was doing the . . . shooting? She dimly registered that it sounded like bullets smacking into concrete and glass, and she was certainly acquainted with what bullets sounded like.

Then she found herself hauled up and thrown into the backseat of the car and then Micah’s hoarse shout of “Go, go, go!”

The car screeched, tires burning rubber on asphalt as they careened away from the scene. 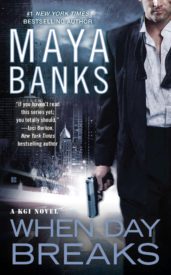 When Day Breaks in Other Languages:

is Book 9 in the KGI Series