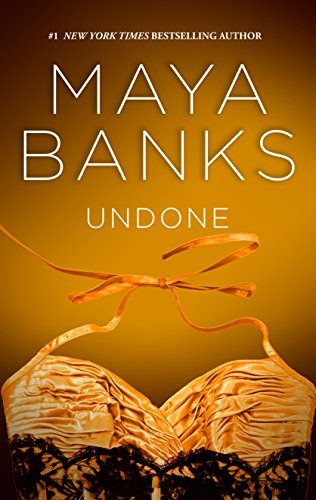 Book 4 in the Pregnancy & Passion Series 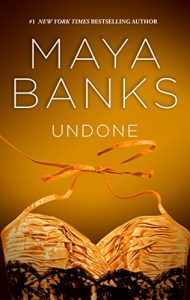 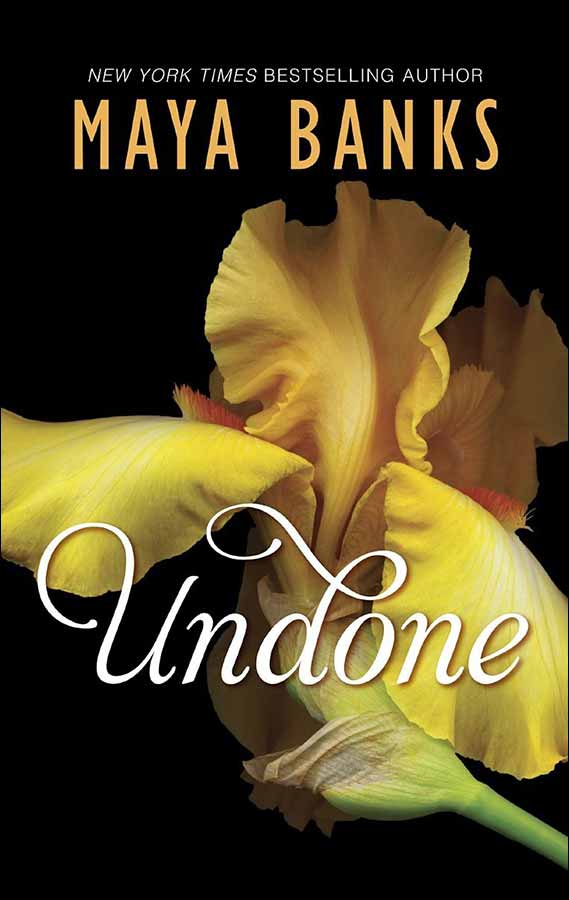 “Are you out of your mind?”

Cameron turned to see Devon staring at him like he was nuts.  Cameron set the empty tray onto the sideboard and grinned at the look of absolute what the hell on his friend’s face.

“Wouldn’t be the first time I’ve been asked that.”

Cameron shrugged. “Pippa needed help. She looked like she was close to melting down. I didn’t figure that would make Ash very happy.”

Devon frowned as he studied Cameron for a long moment. “I think you’re full of crap.”

But Cameron ignored Devon as his gaze caught Pippa melting into the crowd. She moved with effortless grace. She was mesmerizing to watch. He tracked her across the room, watching as she smiled and greeted many of the guests. She laughed, and irritation sparked that he hadn’t been able to hear what it sounded like.

He’d been watching Pippa for months. She’d drawn his notice the very first time he’d seen her. He hadn’t actually met her then. He and Pippa hadn’t been officially introduced until the third time they were at the same event. Even then he’d treated her as he treated most people. Cordial politeness. Faint disinterest. But he’d been anything but disinterested.

She hadn’t realized it, but he’d marked her from that very first moment. Like a predator marking prey. He watched and waited for that perfect moment. Working up to when he’d take her to bed and lose himself in that satiny skin and silky main of glossy dark hair.

He could feel the strands brushing through his fingers and falling down around them both. Her astride him, head thrown back as he pulled her down onto him again and again.

He was certain she was as attracted to him as he was to her. Her eyes glowed warm with lust when she looked at him. Often when she thought he wasn’t looking at her or noticing that she’d fixed her gaze on him. He enjoyed those stolen glances because those were the time he could see the honesty in her eyes.

The rest of the time she hid behind that brassy façade, the take no crap off anyone exterior. But inside? He was absolutely sure she was warm and gooey and all feminine purr. He couldn’t wait to run his fingers over her body and elicit a throaty sound of pleasure.

He blinked and turned to see that Devon was still standing there. He scowled. “Don’t you have a wife to see to?”

Devon shook his head. “Do you have any idea how pathetic you look mooning over her from across the room?”

Cameron’s nostril’s flared. “I don’t know what the hell you’re talking about.”

“Keep telling yourself that,” Devon said with a snort. “Good God. Just go over there and get it done with. And then get a room for Pete’s sake.”

“Oh, I’ll get a room,” he said softly. “She’s going to be locked in mine the entire night.”

Devon made a strangled sound of annoyance and then turned as if he couldn’t get away fast enough. Cam was too busy watching Pippa to care, though.  She skirted around the edge of the room, and he could see that her tray was empty. Her gaze was searching the rest of the room, a slight frown on her face. She was looking for the kid, and she didn’t look happy.

Her brow creased in annoyance, she left in the direction of the kitchen.  Cameron picked up the empty tray he’d discarded moments ago and hurried after her.

He found her in the kitchen muttered swear words that would make a sailor wince. He grinned when she threatened to kick the asses of every single waiter who’d stood her up tonight.

She jumped, nearly sending the platter she was filling flying in the opposite direction.  She whirled around, a ferocious scowl on her face. “Would you stop doing that?”

He held up his hands and took a cautious step back.

“He skipped out,” she growled. “He didn’t even give Devon’s clothes back! How am I going to afford to replace them? The shirt cost more than an entire catering job nets.”

Cameron laid his hand on her arm and she went completely still. The slender muscles in her arm rippled and he could hear the quick intake of her breath.  He was right. She was satiny soft and yet firm. She either worked out or she was particularly blessed with excellent body tone. He’d lay odds she worked out. She seemed rather disciplined.

“I’m sure Devon won’t miss a white shirt and black slacks,” he drawled. “He likely has two dozen more just like it. He’s a well ordered bastard. Not into too much variety if you know what I mean.”

“That’s not true,” she defended staunchly. “He has a very laid back wardrobe. Casual. Expensive casual, but still very casual.”

Cameron shrugged. “Can’t say I’ve ever made it into his closet.”

She suddenly giggled and then yanked a hand to her mouth, but her eyes were full or mirth.

“Glad you find me so amusing.”

“It’s not you as much as the idea of you poking around in Devon’s closet. You have to admit, it’s pretty funny.”

He rubbed the pad of his thumb in a slow up and down pattern above her elbow, and she went quiet again.

“Would you like me to take food out this time or would you prefer I make another round with wine and champagne? Hell, it’s Dev’s tab. I vote we take some bottles out and let everyone pour up what they like. You and I can circulate with food and watch everyone get wasted.”

She studied him a moment, cocking her head to the side. “I never realized you actually had a sense of humor.”

He lifted an eyebrow, taken aback by her candor.

Then she flushed and briefly closed her eyes. Just when he thought she’d stammer out an apology, she re-opened her eyes and stared evenly at him.

He couldn’t help it. He laughed. This time it was her eyebrow that went up.

He pushed in close to her, until their bodies were nearly touching. So close that her scent and soft warmth enveloped him and held him captive.

He brushed his hand over her cheek, pushing back that velvet cascade of hair. And it was every bit as silky as he’d imagined.  He wrapped one finger in it, tugging experimentally.

“Here’s what I propose,” he murmured. “Let’s make another pass. Load everyone up on food and drink. Set out a few trays within easy reach and then we ditch this place and go to mine.”

Her lips parted and her eyes went glossy, the pale green mesmerizing. “Is that a proposition?”

“Bet your sweet little ass it is.”

“Surely you can do better than that.”

Both his brows went up at that.

She narrowed her gaze. “You’ll do better or I’m taking my sweet little ass home. Alone.”

Ah but he did love it when she got all sassy.

He leaned in, touched his lips to hers. He cupped the side of her neck, sliding his fingers around the slim column of her neck to delve into her hair. He pulled her close, molding his body to hers as he took full possession of her mouth.

Heat slicked through his veins like rapidly flowing lava. Desire pooled in his groin and tightened every muscle. He wanted her. To the point of desperation.

She tasted sweet and yet bold. An odd mixture of innocence and pure temptress.

When he finally pulled away, they both breathed heavily and her eyes took on a sleepy, drugged look.

“How about I take you home with me and we make love all night long?” he murmured.

Her husky voice shot straight to his gut and he realized he was a short fuse away from taking her right here in his friend’s kitchen and damn anyone who saw. 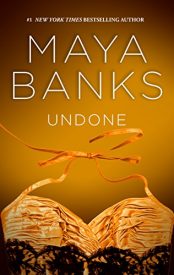 Undone in Other Languages:

Undone by Her Tender Touch 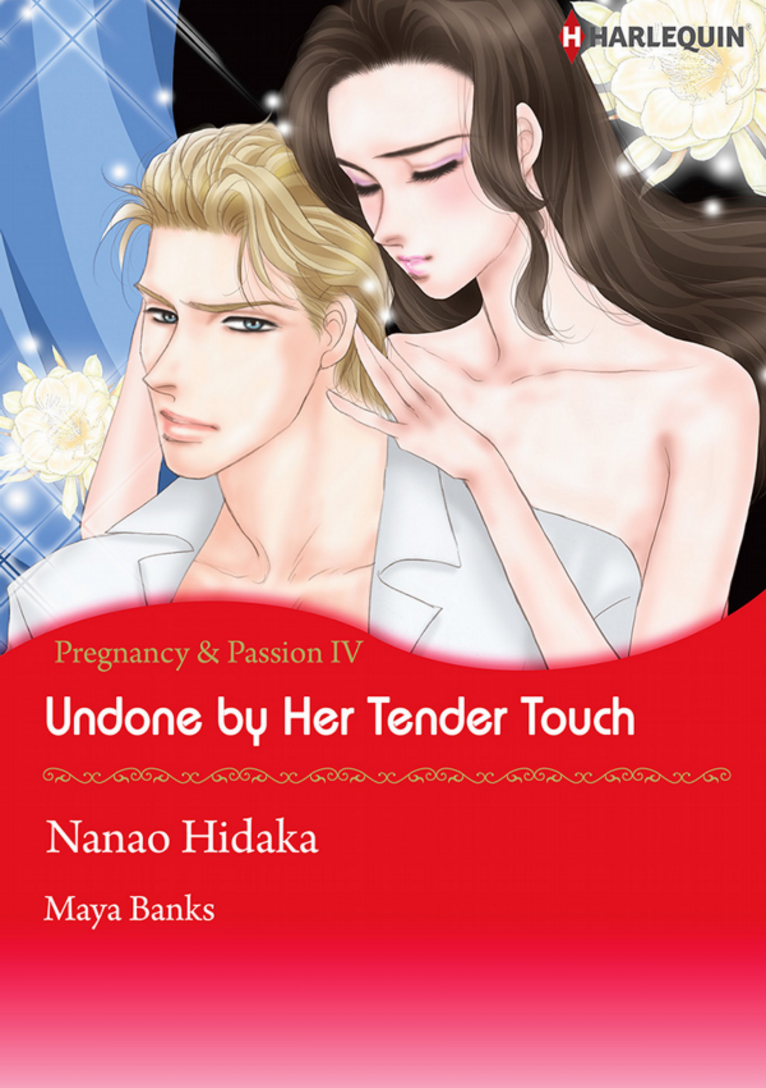 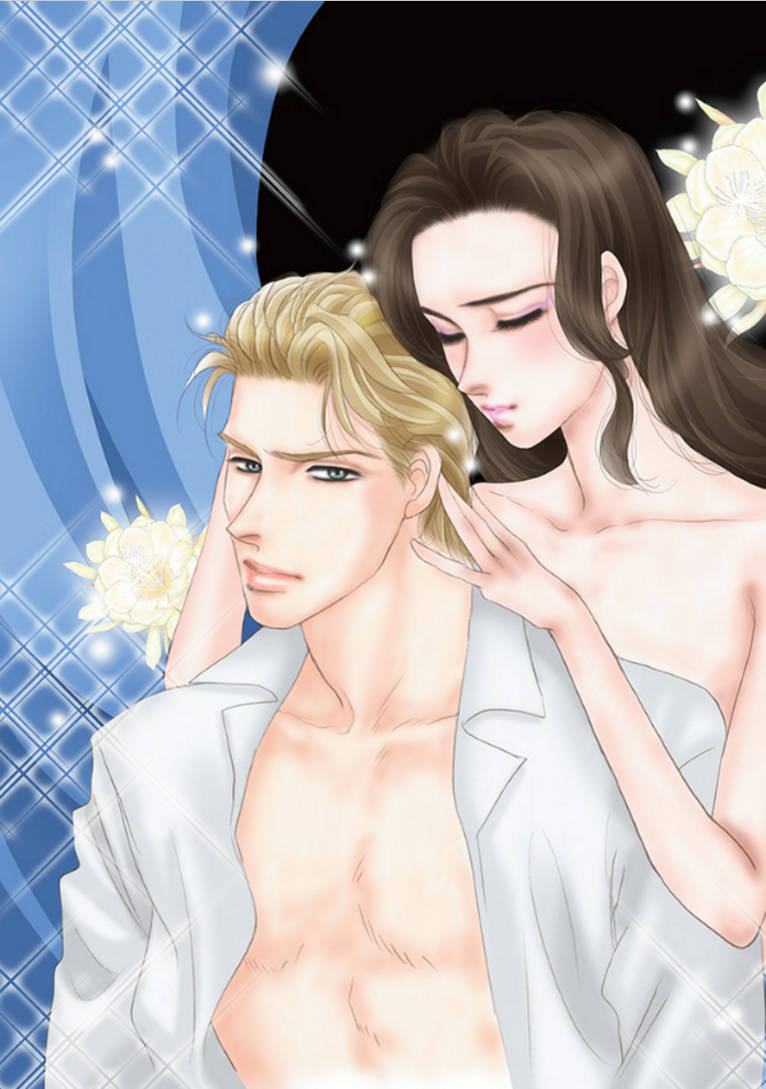 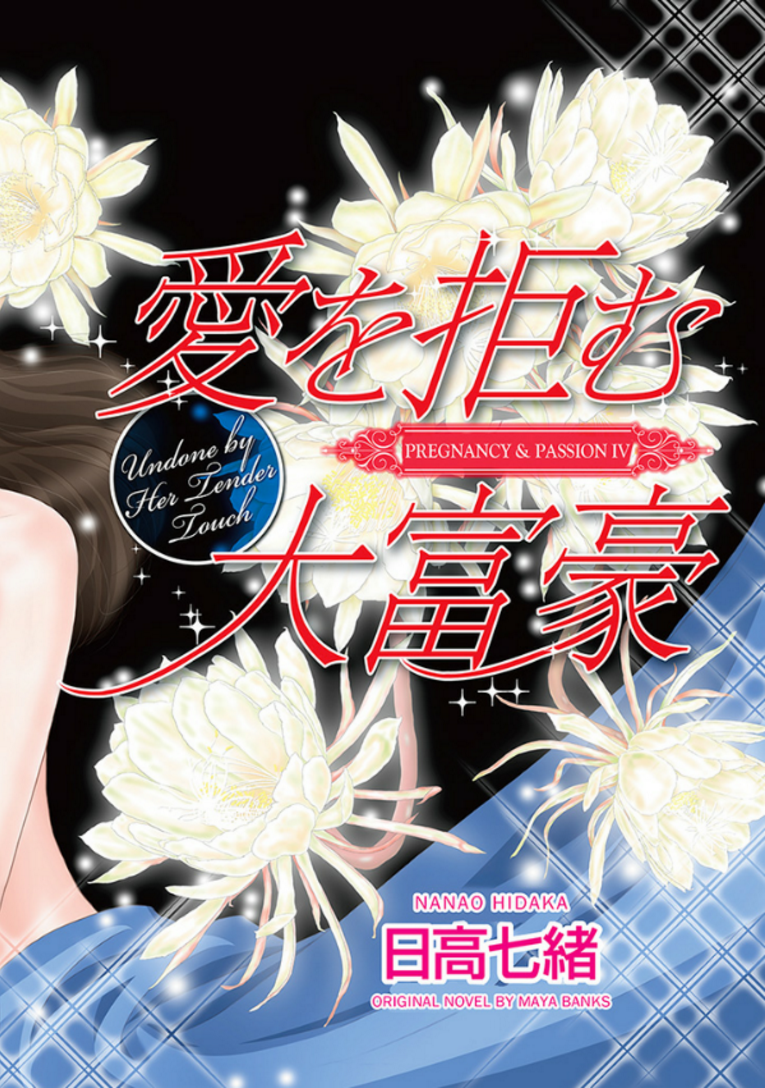 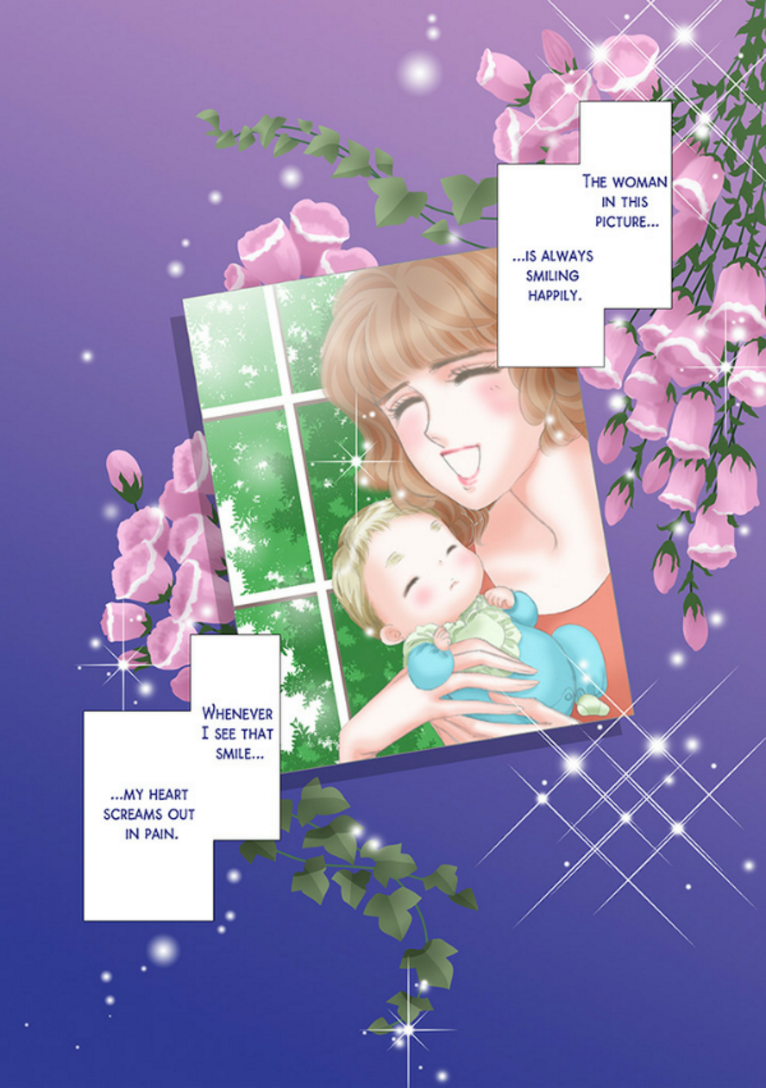 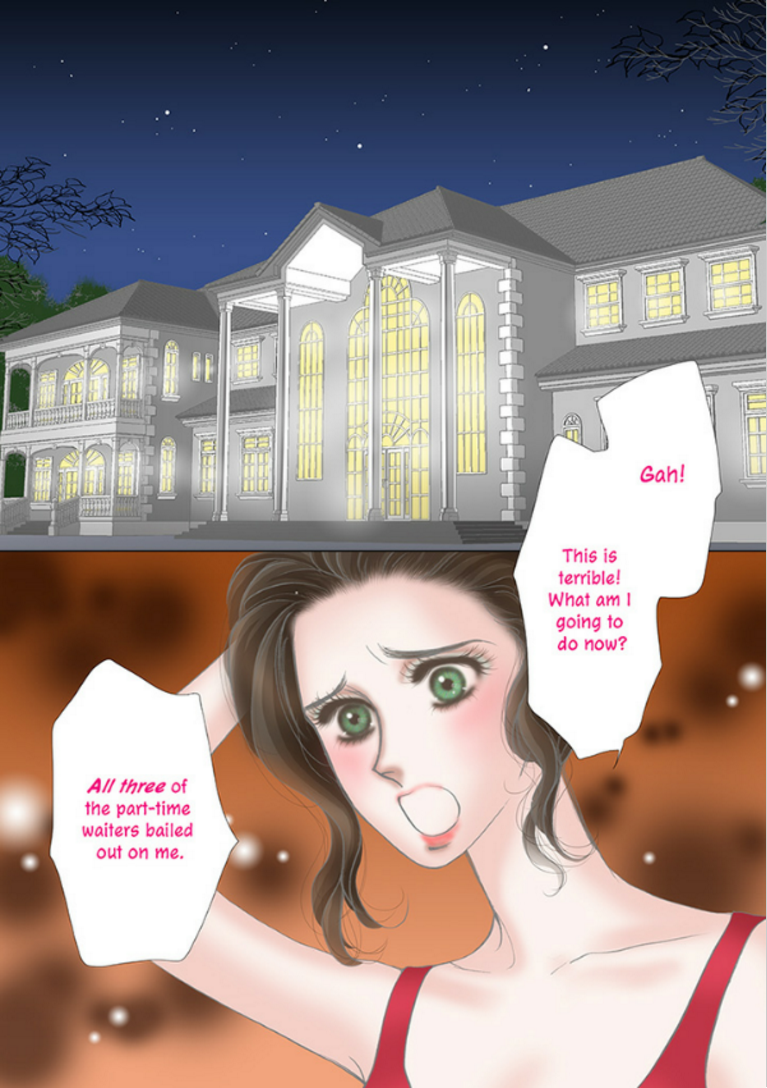 is Book 4 in the Pregnancy & Passion Series