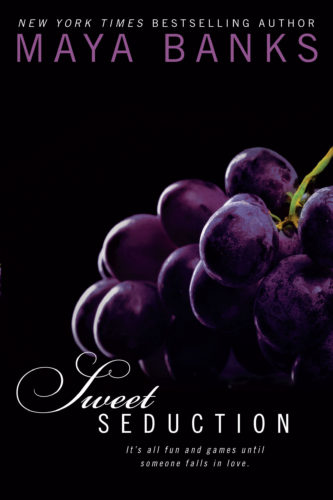 Book 3 in the Sweet Series 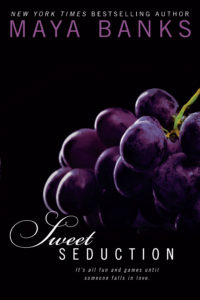 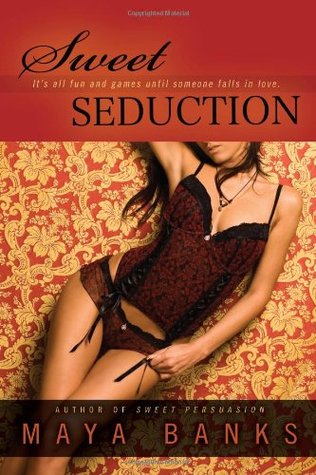 Nathan roared up into the parking lot of Malone and Sons Security and cut the engine. With an irritated yank of his keys, he got out and slammed his door.

He strode to the door, glowering the entire way. That damn hellcat Julie. After giving him a blow job that rivaled Mt. Vesuvius, she’d had the nerve to blow him off.

What the fuck point was she trying to prove? If she wanted his attention, she’d certainly gotten it in a big way. After weeks and weeks of endless sexual frustration, his prayers had been answered. Julie’s mouth around his cock, her hands on his body, a vixen bent on seduction.

Yeah, well then she’d turned into a friggin’ iceberg. Not only had she fired his ass—could a customer be fired?—but he’d seen neither hide nor hair of her in a week. A week! When before he couldn’t damn well turn around without her being in his face, now she’d disappeared off the face of the earth.

He’d gone into her salon, determined that she, and nobody else, was going to give him a massage. Only this time he was going to have her down on the table under his mouth and hands. Imagine his surprise when a woman he’d never seen before introduced herself as Julie’s new massage therapist.

He’d turned around and walked out, ready to strangle Julie. Right after he fucked her brains out.

He swung open the door to the building and stalked in, making a beeline for Faith’s office. He almost ran into Micah Hudson in the hallway. Micah started to say something but took a look at Nathan’s face and held his hands up.

Micah backed away, an amused grin on his face. “I’ll catch you later, dude. After you’ve worked the knot out of your panties.”

“Fuck you,” Nathan muttered as he shoved past him.

Faith looked up as Nathan walked in to her office, her eyebrows going up. Usually he was a lot more even tempered, especially with Faith. He loved the girl to death, but today his patience was hanging by a thread.

He put his hands down on Faith’s desk and leaned over to stare her in the eye. “Where. Is. She.”

“Julie,” he growled. “Where the hell is she hiding?”

A burst of amusement flared in Faith’s eyes, which only served to piss Nathan off more.

“I swear to you, Faith, if you don’t tell me where she is, I’m going to strangle that pretty neck of yours.”

If he thought that threat was going to get him anywhere he was sadly mistaken. Faith laughed in his face.

“She finally get to you, Nathan?”

He closed his eyes and was tempted to beat his head on the desk. God save him from impossible women. When he reopened his eyes, he found Faith staring at him, a glint of steel in her expression.

“Come on, Faith,” he wheedled. “You’re supposed to be my friend.”

“What you are is a dumbass.”

His mouth fell open. What the hell happened to sweet, generous Faith who made them all coffee and mothered them incessantly?

She stood and placed her own hands on the desk and leaned forward, her lips twisted in a snarl. “You ignore her for weeks, act like she doesn’t even exist and then when you decide to take notice, you’re pissed because she’s not running when you snap your fingers?”

“Not that I don’t love watching you get your ass kicked by a girl, but Pop wants you on the phone,” Micah called from the door. Laughter was heavy in his voice.

“Get out!” he and Faith said at the same time.

Micah threw up his hands. “Okay, okay. Just don’t call me to clean up the mess later.” He backed out of the office at high speed.

Nathan turned back to Faith. “What do you mean I’ve ignored her for weeks? Do you know how impossible it is to ignore that woman? I’d have to be blind, deaf and dumb not to notice.”

It was Faith’s turn for her mouth to gape open. Then to his utter shock, she reached across and smacked him upside the head.

He yanked back, staring at her in shock. “What the hell was that for?”

“Dumbass. Complete and utter moron. If all men were as stupid as you, the world would have a population crisis.”

“You can quit with the insults any time.”

“Out!” Faith screeched at her brother.

Nathan didn’t say anything, but he pinned Connor with a glare. Connor’s shoulders shook with laughter, but he turned and sauntered back out.

“It’s a revolving door every day,” Faith said pointedly. “You just never get the hint. Just like you’re too thick to figure out that you could have had Julie at any time. You’ve lost your chance, and moreover, you don’t deserve her.”

Heat simmered in Nathan’s veins. Lost his chance, my ass. Just because women had to be so fucking complicated didn’t mean that he was the dumbass for not figuring out the mystic woman’s code for I want you. There wasn’t a man in the world who knew how the fuck women thought, and if he said he did, he was a goddamn liar.

“So, you’re on her side,” Nathan huffed.

She rolled her eyes. “Men are such babies.”

“Would you quit with the name-calling? Jesus, Faith, what’s crawled up your ass?”

“Why are you here, Nathan?” she asked impatiently.

He gaped at her. His blood pressure was going through the roof. He’d be lucky if he didn’t stroke out in her office. He reached for his hair but then remembered he didn’t have any.

“Why the hell do you think I’m here?” he roared.

She looked unfazed by the fact he was losing his mind.

“I’m here because that hellcat seduced me and then ran the fuck away. She’s avoiding me, and when I went in for my massage, another fucking woman showed up to give me one. And you think I’m a chickenshit?”

“No, you’re a dumbass,” she pointed out in a bored tone.

He threw up his hands and slumped down in the chair behind him. “Okay, Faith, I’m a dumbass. Now tell me why I’m such a dumbass, because obviously I’m too much of a dumbass to see!”

She sat down in her chair with a smirk. “Nice sarcasm, Nathan. And I thought that was Micah’s job.”

“I heard that,” Micah called from the hall.

“Not to mention eavesdropping,” Nathan growled. “Micah, I’m going to kick your fucking ass if you don’t get the hell away from Faith’s door.”

He got up and stalked over to look down the hall. To his supreme irritation, Micah stood there with Connor and Gray Montgomery and they all wore shit-eating grins that told him they’d overheard every word of his argument with Faith.

“Assholes. The lot of you,” Nathan swore.

“You raise your voice to Faith again and I’ll kick your ass,” Gray said mildly.

“Oh, like I’d do anything to her even if I’m tempted to strangle her,” Nathan said in irritation. “She’s being a royal pain in my ass.”

“I heard that,” Faith called.

Nathan threw up his hands. “Get lost, okay guys? If I wanted the greater Houston area to know what I was talking about, I’d take out an ad.”

“That’s not a bad idea,” Connor said thoughtfully. “We could rent a billboard. I’m sorry, Julie. I’m a blind, deaf and a dumb moron who doesn’t know what to do with his dick,” he mimicked.

Nathan sucked in a deep breath, walked back into Faith’s office and slammed the door as hard as he could.

“You break my door and you’re going to fix it,” Faith said.

“Faith, look at me,” Nathan said as he walked back to her desk. He leaned over until their faces were a few inches apart. “Cut the crap for a minute and help me, okay?”

Her expression softened. “I can’t help you, Nathan. You fucked this up. I’d tell you to fix it but it’s really too late. Julie . . . she’s hard. Girl holds a grudge forever. She’s decided to give up on you and move on. Once she’s decided on something, getting her to change her mind is like getting a pit bull to give up a prime steak.”

“So her giving me the best blow job of my life during a massage was her kissing me good-bye?” Nathan asked dryly.

Faith’s cheeks turned pink, and he felt bad for speaking so bluntly in front of her.

Faith sighed. “I think that was supposed to be showing you what you’re missing out on and what you’ve given up by not noticing her before.”

Nathan’s eyes narrowed. “So you knew what she was going to do?”

Faith raised one eyebrow. “I knew she was planning something. Just not what exactly.”

Faith grinned. “That she is.”

“Well screw that,” Nathan said as he shoved away from her desk again. “She can’t just take those kinds of liberties with my body and walk away.”

Faith burst out laughing. She laughed so hard that tears rolled down her cheeks. “You sound like an outraged maiden,” she gasped.

He grinned. “Who says I’m not? I was innocent before she corrupted me. If she thinks she can use me and then discard me, she’s mistaken.”

Faith wiped at her tears and laughed harder. “Innocent, my ass. Dear Lord, I was feeling sorry for you but now I think my sympathies have shifted to Julie. I’m not entirely sure she realizes what she’s gotten herself into.”

“No,” Nathan said silkily. “She has no clue what she’s started. But she will. Very soon.” 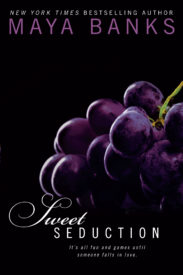 Sweet Seduction in Other Languages:

is Book 3 in the Sweet Series