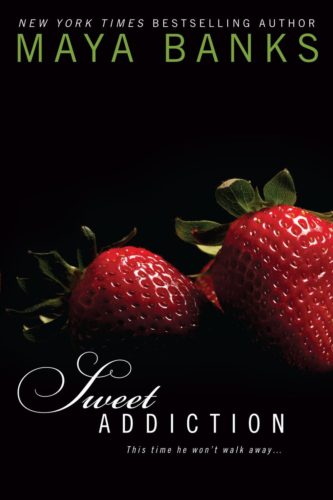 Book 6 in the Sweet Series 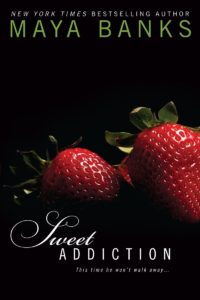 Her laughter was the first thing that caught his attention. Vibrant and shining. So effervescent and full of unfettered joy that it arrested him and he couldn’t remember what he’d been thinking just moments earlier.

He turned, seeking the source of the captivating music. And then he thought he’d heard it before. When he was much younger.

The memory of her still had the power to make him ache.

So much regret. Guilt. Wishful thinking. If only he had it to do all over again.

He hadn’t thought about her in a while now. Not because she’d slipped from his mind, but because he’d willed himself to stop thinking of the beautiful, shy eighteen-year-old girl who’d meant the world to him when he was in his early twenties.

It still hurt him to bring her to mind years later. She reminded him of mistakes he’d made. How he’d hurt her when it was the very last thing he’d ever wanted or intended.

He scanned the interior of the restaurant, his eyes sharp as he took in each table. But he couldn’t find the source of the burst of laughter nor did he hear it again.

“Is something the matter?” Damon Roche asked.

Cole turned back to his friend and dinner companion and cast an apologetic glance in Serena Roche’s direction.

Damon slid his hand from Serena’s arm and picked up his glass of wine. His touch never strayed far from his wife. His now pregnant wife. If Damon had been possessive before—and he was forbiddingly possessive of Serena—he was even moreso now that she was round with his child.

The two shared a non-traditional relationship. Serena was submissive to Damon’s dominance in and out of the bedroom. It was a relationship that made Cole envious, dangerously so. Spending time with the couple he called friends made him face his past mistakes. Made him realize that if he’d only been more careful and mindful in the past, he could even now be enjoying a relationship such as Damon and Serena’s with a woman he’d loved with everything he had.

But he’d hurt her in his impatience and ignorance.

He’d met many women in the years since. Women who were beautiful, submissive, willing to submit to him on a permanent basis, but none had captured his heart like Ren. The one woman he couldn’t have.

Until recently he hadn’t done more than touch or prepare women who frequented The House, the exclusive club devoted to sexual largesse, owned by Damon Roche. Cole was a frequent visitor. Damon trusted him. Only Cole had been trusted with Serena, Damon’s beloved wife, and even then his role was just preparation.

Only with Angelina had he allowed himself to become more intimate, to actually have sex and open himself to the pleasure of having a woman go quiet at his touch and command. But a part of him realized that Angelina had reminded him of Ren. And Angelina belonged to Micah. Another of Cole’s friends, one he shared with Damon.

All of the women he’d allowed himself to soften around belonged to other men. Maybe it was why he was willing to indulge with them, because he knew they were no threat to his heart and soul.

“Is the food to your liking, Serena mine?” Damon asked.

Serena smiled. “It’s divine. I only wish I could eat more. I swear this kid is wrapped around my stomach, squeezing for all it’s worth. I can’t eat more than a small amount at a time, but then I get hungry. The result is I eat all day!”

Damon chuckled and lifted a glass of water before pressing it gently to her lips. “You need to eat. You’ve not been sleeping well lately. Our child is wearing you out. The calories will give you more energy.”

“Or just make me fat and lazy,” Serena muttered.

“Are you still set on not knowing the sex?” Cole asked, trying to maintain polite conversation. But he was rattled and the laughter had opened the door to his past that he tried to keep shut at all times.

A wistful light entered Serena’s eyes. She was a beautiful woman. Startling blue eyes and shiny black hair. He’d been drawn to her as well even though there had never been a question of her belonging to Damon. But again, there was something about her that had reminded him of his childhood sweetheart and he often found himself unable to look away from Serena. And wish that he hadn’t messed up so badly with Ren, that they could have been older. Cole could have been wiser. Could have guided her as Damon had guided Serena. Maybe Ren would still be with him now. His. Beautiful, submissive, his treasure.

“There are days when I really want to know,” she said. She glanced over at Damon and smiled. “I made Damon promise not to let me cave even though he wants to know very badly whether we’re having a son or a daughter. He really wants a girl. I don’t care and maybe that’s why I want to be surprised.”

“Another girl in the fold would be entertaining,” Cole said. “I imagine Damon will be just as bad as Micah when it comes to his little girl.”

Serena rolled her eyes. “Oh God, don’t you know it?”

“She’s threatening to make me wear one of those damn baby carriers that Micah parades around in,” Damon said dryly. “He’s lost his goddamn mind ever since Nia was born.”

Cole snickered. “I’m going to remind you of this conversation when your own child is born. You’re overprotective of Serena as it is. I can’t imagine you’ll be any less so of the baby. Especially if you have a daughter.”

Serena just grinned and stroked her fingers over Damon’s hand. Cole winked at her as if to say he agreed with her private assessment.

Distant laughter sounded again, sending a cascade of chill bumps up his neck. This time he reacted much quicker and jerked around, his gaze honing in on the source.

Finally, he saw her.

All his breath left him a ragged rush. She was facing away, which was why he hadn’t been able to find her the first time. He could just see the hint of her profile. Smooth, dusky skin, creamy, beckoning his touch. A cascade of black hair tumbled down her back, going so low that he lost track of it.

She was petite. He could tell from here that she was a small woman, probably not much more than five feet. Her features were delicate. As she turned, he caught a glimpse of the slim column of her neck, but then she reached up and pulled her hair over one shoulder, baring the expanse of her back.

Her dress was backless and he froze as his gaze lighted on the tattoo trailing down her spine.

He couldn’t breathe. His fingers curled and uncurled as he stared, riveted to the sight. Almost in dread, he raised his gaze to her right shoulder, just over the blade. Would it still be there? Had the years been kind and diminished the reminder of his inexperience?

He couldn’t tell from this distance. Or maybe he didn’t want it to be there. A scar. Evidence of the care he hadn’t taken with a woman who trusted him with her heart and body.

What was she doing here? It was her. The tattoo was unmistakable. Delicate and feminine. Just like her. A thin, scripty flowering vine from the small of her back to her nape. He’d traced it many times with his fingers, his mouth and his tongue.

Before he could get to his feet, the man sitting with Ren stood and extended his hand to her. She took it and gracefully rose from her seat. The man’s hold was possessive and intimate, a clear signal that he considered her his.

But when Ren turned where he could see her fully, Cole saw the wide silver band encircling her neck. It was a fist to his gut and he could only stare, so stunned that he couldn’t draw a breath.

He knew the significance of that piece of jewelry. It wasn’t decorative, although it was beautifully rendered and drew attention to her delicate features. 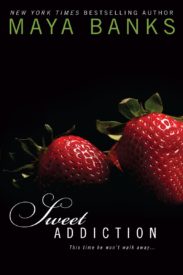 Sweet Addiction in Other Languages:

is Book 6 in the Sweet Series