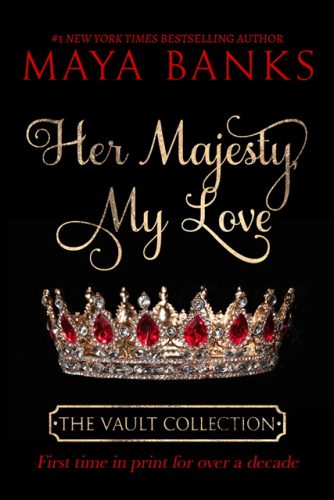 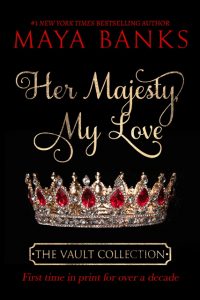 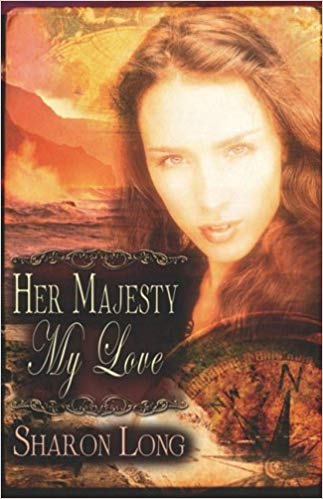 “Tell me…Beth. From where do you hail? Your accent is quite intriguing.”

Her spoon clattered to the table, and she looked up in consternation. “Does it matter?”

“No, no. Of course not. I was just curious.” His attempt to bait her had merely agitated her further. She wasn’t going to freely offer any information.

She put her palm down on the table and rose from her seat. “I really should take my leave now. I’ve imposed on your generosity quite enough.”

“Nonsense.” He got up and smoothly curled his hand around her elbow, moving her toward the door before she could protest further. “You look as though you could do with some rest. I insist you retire at once to a bedchamber I’ve had prepared for you. There is a fire already lit, so you should be comfortable. We will talk more when you have rested.”

Once again she stiffened, and he could see the wheels turning in her mind, much like the spokes on a runaway carriage. Her expression became glacial, and she merely nodded her acquiescence. Truly, he had never come across another person who spoke as little as she.

He showed her into the bedchamber at the opposite end of the hallway from his. He gave brief explanation to where she could find things she needed and backed from the room. Withdrawing a key from his pocket, he quietly locked it from the outside, hoping she didn’t hear the soft click. She would be furious if she tried the door, but he could not lose her now.

He strode back down the stairs, intent on sending word to Kirk.

“Timmons, I need you to send out a message at once,” he called out as he hurried to his office.

He sat down and hastily jotted a message then affixed his personal seal and thrust it at the waiting butler. Leaning back in his chair, he placed his hands behind his head.

Finding the princess filled him with a huge sense of relief. But she wasn’t yet safe. He shuddered to think what may have happened to her today if he hadn’t intervened on the bridge. The two men following her didn’t appear to be the sort to handle her gently.

Pictures of her younger brother filled his mind as Simon imagined her lying in the snow, blood matting her hair and her beautiful eyes locked in death.

Not if he could help it. Too much rested on her survival. The fate of his own country could well rest with the reestablishment of the Leaudorian monarchy.

He rose from his chair and walked over to stand in front of the window. He stared out at the street remembering his conversation with Kirk on the day the prince’s body was found. Was Kirk right? Should he give thought to retiring from His Majesty’s Secret Service?

He had devoted his entire adult life to protecting England’s interest. To quit now, to embrace his position as earl left a bad taste in his mouth. It’s what his father would have wanted.

A scowl creased his face at the thought of his father. Not now. Not ever would he allow his father to dictate his course in life. He was well beyond the age of trying to please his sire. Not that it had ever done any good.

But just as his duty to England was at the very forefront of his every thought, his duty to his title loomed like a harbinger of doom. A duty he never wanted or expected. “Damn you, Edward,” he muttered. “How could you have done it?”

A flash of movement from the street caught his attention, and he saw Kirk descend a carriage and stride up the walk to Simon’s door.

A few minutes later, Kirk strolled into Simon’s study, his expression expectant. “Where is she?”

Simon put a finger to his lips. “She’s in the guest room. I don’t want to disturb her.”

“How did you find her? We’ve looked everywhere it seems.”

“I received a tip from one of my informants this morning. She’s been staying in a rented room in a decidedly dangerous section of the city. I’m amazed she’s survived this long.”

Kirk nodded. “What now? Will you bring her to the palace to see the Regent? He will likely offer his protection and safe passage back to Leaudor with a contingent of English soldiers. He’ll be quite eager to restore stability to the Leaudorian throne.”

“I think you are correct in your thinking. I’d like you to go to the palace and arrange the meeting with the Regent. It will buy me some time to try and learn as much as possible from the princess. But the main thing is, she will be safe at the palace.”

“And off your hands,” Kirk said with a grin. “Then perhaps you can take a much needed break. Hole up at that estate of yours for a while and do some hunting.”

It was on the tip of his tongue to deny owning an estate. Old habits die hard. He was unused to owning much in the way of anything. His life as an operative wasn’t conducive to having more than the basic necessities.

But he knew Kirk referred to Simon’s father’s estate. The one Simon had grown up on. And left as soon as it was possible to do so. A move he had never had cause to regret until his brother’s suicide.

He couldn’t put it off forever, though. Perhaps Kirk was right. Maybe he would take a break and return to the place he had once called home. But first he had to deliver the princess to the palace.

“Go on to the palace,” he directed Kirk. “Tell His Majesty that I will deliver the princess at his convenience.”

Kirk disappeared through the door and Simon slowly made his way to the stairs. It was time to come clean with the princess.

He paused a moment outside her door, deciding on the best course of action. He was a direct person, and there wasn’t a reason to deviate from that now. It would be better just to come out and let her know he was aware of her identity then go from there.

That is if she wasn’t ready to cosh him over the head for locking her in the room.

He unlocked the door and swung it open. A rush of cold air hit him directly in the face. “What the hell?” he muttered as he stepped further into the room. His gaze skirted around the now-empty room to the open window by the bed.

Had the fool woman jumped from a second story window? He rushed over and looked down, half expecting to see her lying on the ground below. But all he saw were small footprints leading away from the window out toward the gate that lead out of the garden. 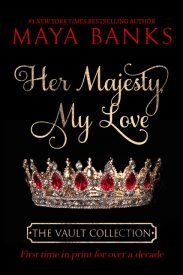