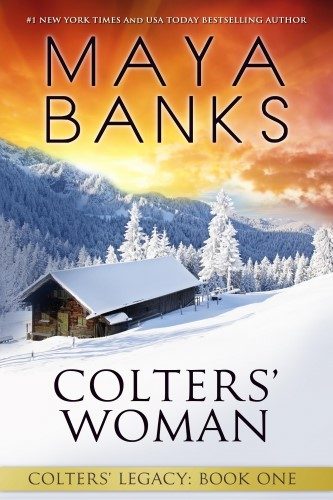 Book 1 in the Colters' Legacy Series 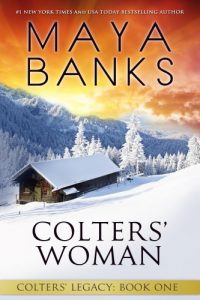 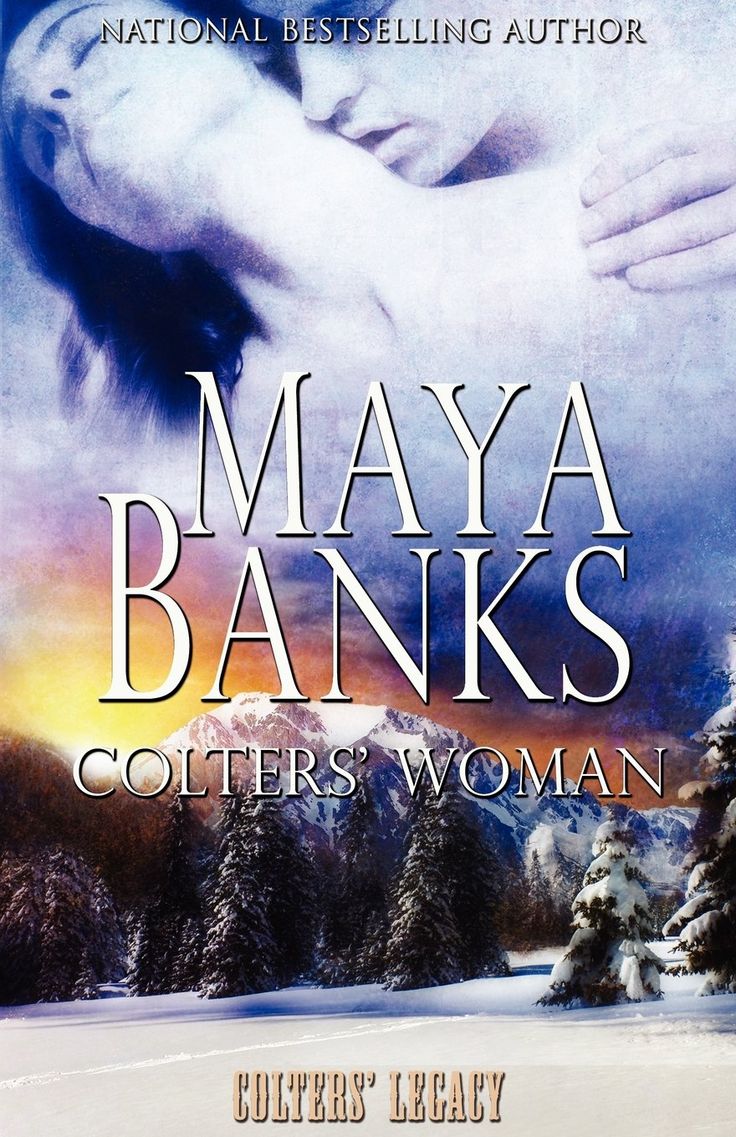 Holly sat at the bar between Adam and Ryan as Ethan served up plates of bacon, eggs and toast. She glanced between them often, gauging their mood, their reaction to her, but they seemed unruffled.

It was as if they made such proclamations every day. She shook her head and speared another piece of egg with her fork. How could such a relationship work? Jealousy would be inevitable. And things would be much more difficult for her than for any of them. They would only have one “spouse” to contend with while she would have three.

Three men to please, put up with, all different. The mere idea of the complexities involved in the situation made her head ache even harder.

Ethan was the easiest going of the three brothers. She relaxed around him. It was a natural reaction. Even if she didn’t know Adam was the oldest, it was as clear as if it was written across his forehead. And even though he had gone to great lengths to make her feel at ease, she knew he could be dangerous when crossed. He exuded power and authority, wore it like a mantle draped around him.

Her gaze flitted sideways to Ryan. He was an enigma. The only one she didn’t have an idea formed about already. He was quiet and serious, but more than that, she saw pain in his eyes. Like her, he’d seen the darker side of life.

“Are you all right?” Ethan asked.

She looked up to see him frowning at her.

“Just a headache,” she replied.

He walked to one of the cabinets and retrieved a bottle of ibuprofen, shook out several pills and handed them to her. Just one more example of them taking care of her. It warmed her to her toes and scared the hell out of her all at the same time.

Was she that easy to read? Could they already see inside her mind and soul? Her fingers tensed on her fork for a moment as she contemplated denying that anything was on her mind, but Adam’s honesty compelled her to be equally honest.

“The dynamics of the whole relationship you all propose… It’s rather mind-boggling.”

She didn’t miss the triumphant smiles passed between the brothers. Surely to them, this was a sign they were making headway. And maybe they were, as insane as she was to even contemplate it.

“Anything in particular you want to talk about?” Adam prompted.

She sighed and set down her fork. “This has all pretty much blown me away. I don’t even know where to begin. I keep expecting to be told this is one huge joke at my expense.”

Ryan put a hand on her knee. “This is no joke. Now tell us what’s on your mind.”

She took in a deep breath, told herself she was completely nuts and then proceeded to tell them precisely what concerns she had.

“The thing is, you guys only have one person to concern yourselves with, relationship-wise. I have three. Three overbearing, overprotective, rather large men. I don’t see how it’s remotely possible that I could please all of you all of the time.”

“I don’t think any of us expect perfection,” Ethan said. “Though,” he added with an up-and-down sweep of her, “I’m not arguing with what we’ve been given.”

“We’ve discussed this many times,” Adam said in a serious tone. “We know it won’t always be easy. It wasn’t always easy for our mother and fathers, but if we all work at it, there’s no reason we can’t live in harmony.”

“I guess I just don’t understand the concept,” Holly said. “I can’t wrap my brain around it.”

She stared at him open-mouthed. “Well, when you put it that way.”

“Damn, Ryan, why didn’t you speak up earlier?” Ethan said in amusement.

“The first order of business is to go into town and buy you some clothes and whatever else you need,” Adam said, changing the subject.

“But I don’t need anything,” she protested. Well, that wasn’t entirely true, but she didn’t want them buying her a bunch of stuff.

“Ryan, you care to repeat that part about three men devoted to her happiness, worshipping her, etcetera?” Ethan spoke up. “Because I’m pretty sure making sure our woman is clothed and provided for falls under that heading.”

“Ethan, you and Ryan want to drive her into town? I need to check out the horses and get the hay out. It’s supposed to snow again tonight.” Adam turned to Holly. “There’s a western store in town. It isn’t much but you’ll be able to get boots, jeans and some shirts. And a coat. You need a decent coat. Next week, we’ll drive into the city to do the heavy shopping for you.”

“Thank you.” She couldn’t manage much more around the huge knot in her throat. She felt dangerously close to tears and fought to contain them.

Adam leaned forward and brushed his mouth across hers. He was surprisingly gentle. For the first time, she reached a hand out to touch him, running her fingertips across his cheek, feeling the slight stubble along his jaw.

When he drew away, his eyes were burning with passion, and she felt heady with the knowledge she had affected him.

Ryan stood up from his seat at the bar. “Well if we’re going into town, we need to go now. We don’t want to be late getting back if it’s going to snow.”

“Is it…is it safe for me to go into town?” she asked. The idea that someone might see her and report back to Mason struck fear into her heart, despite the brothers’ vow to protect her.

“We’ll make sure you’re not seen,” Ethan said. “Riley’s Western Store is on the edge of town. We’ll park you in a corner of the store and do your shopping for you, let you try on stuff if you need to, and we’ll keep a sharp eye for anything unusual going on.”

She expelled a long breath. “Okay. Let’s do it then.” 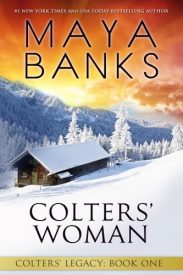 Colters’ Woman in Other Languages:

is Book 1 in the Colters' Legacy Series