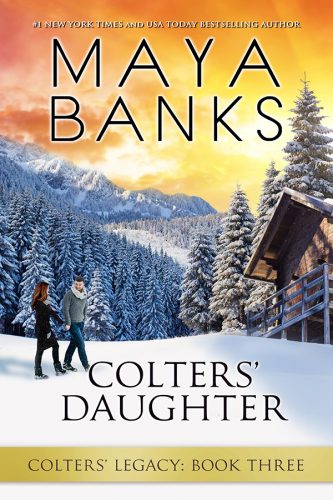 Book 3 in the Colters' Legacy Series 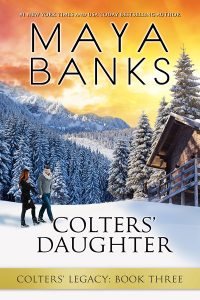 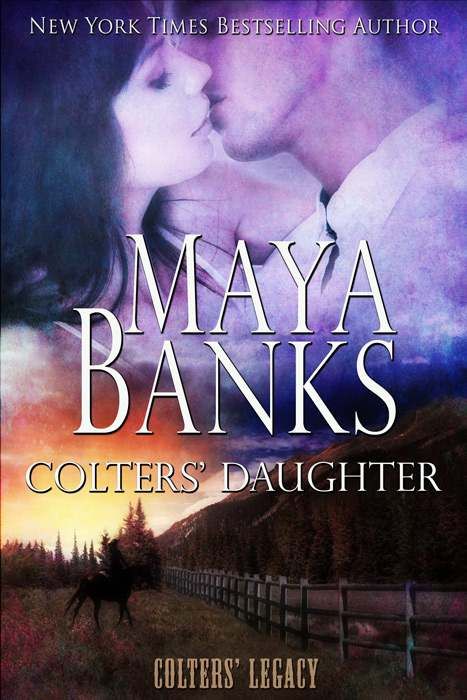 The Mountain Pass Bar and Grill was hopping like frogs during mating season. It was early summer and past ski season, but the little town of Clyde still managed to pull tourists from the larger neighboring towns. Not to mention, Saturday was local’s night when all the residents of Clyde decided to let their hair down and imbibe a little.

Callie Colter slid another drink down the bar to a waiting customer then loaded up her waitress’s tray with a round of draft beers and sent her back into the crowd.

Taking advantage of the momentary lull in the action, Callie leaned back against the counter and surveyed the mass of people packed into The Mountain Pass. The live band pounded out a raucous country song that had the dance floor filled to capacity with people line dancing. A skill Callie had never felt it necessary to learn. Nor had she the ability. She had the rhythm of a slug.

And really, the whole line dancing thing? She was still scarred from having to watch a really hokey George Strait movie—courtesy of her brothers.

Her mother swore Callie was the cosmopolitan one in the family. Callie had been all over the world, but the reality was she was a homebody at heart and there was no better place than the sanctuary of her family—as oddball as it was.

And so here she was, licking her wounds and brooding about asshole males. Quite amusing when you considered she had three—yes three—fathers and three brothers, and none of them fell under the asshole label, and no, she wasn’t being biased. It didn’t mean the rest of the male population didn’t suffer the disease though.

She reached down to wipe her hands on the towel hanging from her waist when the music stopped. She glanced up to see the drummer motion to her that they were taking five. She nodded and set about getting the band members a round of beer.

The husky voice whispered over her ears and sent chill bumps down her neck. She froze, her hand still on the tap.

It couldn’t be. No way Max was here in her little town, in Dillon’s bar.

She yanked her hand back and swore when beer foamed over the glass. Then she whipped her head up, sure she’d imagined that voice.

A pair of hunter green eyes fringed by a set of dark lashes that would make a female weep in envy stared penetratingly back at her. She stared, mouth open, at Max Wilder who stood arrogantly across the bar like he expected her to fall at his feet or squeal in delight to see him.

It would be a cold day in hell before she’d do either.

She narrowed her eyes, and he must have gotten some hint of the welcome he was about to receive because he held a hand up as if to ward her off.

His eyes widened in surprise. She leaned forward and crooked her finger for him to come closer. Eyeing her warily, he bent toward her and looked like he was about to speak again.

She balled her fist and swung as hard as she could. His head snapped back, and pain exploded in her fingers.

He grabbed at his jaw and staggered back. “Son of a bitch! Goddamn, Callie, give me a chance to explain.”

“You’ve got two seconds to get the hell out of my bar or I’m calling the cops. And did I mention that my brother’s the sheriff?” she added sweetly.

Carl, her bouncer, thrust his huge body between Max and the bar, blocking Callie’s view. “You heard the lady. Beat it.”

Callie craned to see around Carl. Still rubbing his jaw, Max took a step back, his eyes glittering as he stared at Callie.

Then he glanced sideways at the mountain that was Carl then back to Callie and lifted one brow. “Do you honestly think that he’ll keep me from you?”

Max was a badass. It wasn’t that he looked like one. He wasn’t overly muscled and didn’t have a tree trunk for a neck like Carl did. But he was fast and unafraid. He knew he was a badass, which made him even more of one in Callie’s eyes.

His jaw was set in a tight line that made him look stubborn. She’d seen that look often enough. She’d also tasted that strong jaw. She’d licked a path from his mouth to his ear and nibbled at all parts in between. She could still feel the faint rasp of his beard on her tongue, for God’s sake.

She’d also witnessed what happened when Max got pissed off.

“Don’t make me call my brother, Max. You can’t think it’s worth spending the night in jail.”

His nostrils flared for a moment as his gaze bore into her. He ought to know that she didn’t make empty threats. She could be just as stubborn as he was. Lord knew they’d butted heads often enough and neither of them had ever backed down. Except in the bedroom. Always in the bedroom.

Heat flushed through her body and she hoped to hell the neon lighting around the bar disguised her blush. The last thing she wanted to do was show any sign that he’d flustered her with his sudden appearance.

“This isn’t finished,” he bit out.

For a minute she actually thought there was genuine pain in his eyes that had nothing to do with the fact she’d hit him in the face. Which was absurd given that he’d fucked her over, not the other way around.

She flexed her fingers and rubbed at her hand as Carl escorted Max out the front door.

“I’m beginning to think you have anger management issues, Callie,” Paul Woodrow drawled as he leaned against the bar next to her.

Callie scowled at the part-time bartender. Nice of him to show up now. If he’d been to work on time, she wouldn’t have even been here when Max came in.

“I didn’t throw him out the window.”

Paul chuckled. “Good thing. Dillon wouldn’t be happy if he had to replace more glass.”

She shook her aching hand and turned to the side to collect herself. She was more shaken by Max’s appearance than she’d like to admit. Seeing him again after so long had been a complete shock. Why would he turn up now? He didn’t even grovel. He’d practically ordered her to talk to him. As if.

She opened her eyes to see Paul eyeing her curiously as he made drinks. She frowned and turned away. A few months before, right after she’d slunk home to crawl under a rock, she’d thrown a smart-ass college kid through the front window of the bar.

The upside was that people were reluctant to start shit when she was tending bar. The downside was that now her family watched her even closer for signs she was going to start barking at the moon or frothing at the mouth.

“Want me to call Dillon?”

She shook her head and frowned. “I took care of it. No reason to bug Dillon. I’m perfectly capable of running the bar. The last thing I need is him or Seth hovering over me when I’m trying to work.”

Carl grunted. “Having the sheriff around isn’t a bad thing.”

“Oh come on.” She snorted. “Nothing happens around here. Ever since Seth took over as sheriff, it’s been boring as hell. Tonight was as much excitement as Clyde’s seen since I threw the college kid through the window. Everyone will thank me for breaking up the monotony.”

Callie’s lips tightened. “No one important.” 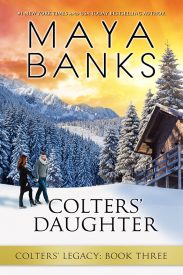 Colters’ Daughter in Other Languages:

is Book 3 in the Colters' Legacy Series