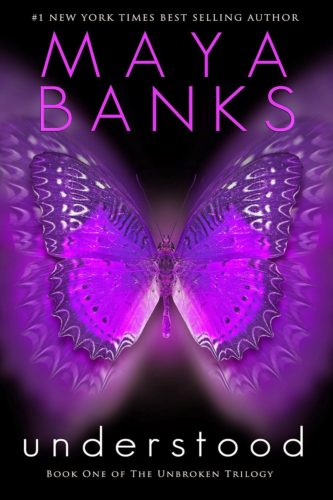 Book 1 in the Unbroken Trilogy 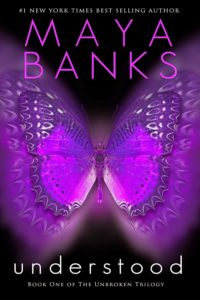 Jake Turner glanced around at gawdy Christmas decorations adorning the interior of Zach’s Bar and Grill and suppressed a grimace.

He motioned for another beer and ignored what his buddy was yammering about next to him. Things were always lively at Zach’s close to Christmas. Jake could never figure out if people were getting out to celebrate the season or if they were all just lonely and looking for another human being to connect with.

“Earth to Jake. Come on, man, you’re in another world over there.”

Jake blinked then scowled at his friend, Colin. “What the hell do you want?”

Colin nodded toward the door. “Isn’t that Ray’s ex coming in?”

Jake’s pulse quickened, and he yanked his gaze toward the entrance. All his breath left his body in one hard rush. What the hell?

His eyes came to rest on Ellie Matthews as she stood just inside the doorway. Only it wasn’t Ellie as he was used to seeing her.

She took a hesitant step forward then stopped and scanned the room, her eyes wide. Her bottom lip worked between her teeth, a sure sign of her nervousness.

Long soft curls spilled over her shoulders, hair that a man would itch to thrust his fingers into as he thrust into other parts of her body.

But what had his blood pressure soaring was her get-up. Despite it being the middle of December, she wore a top barely held up by the spaghetti strings over her shoulders. The neckline plunged, and the material cupped her breasts in all the right places.

Her mini skirt, if you could call the scrap of denim barely covering her ass a skirt, rode so high up on her thighs that Jake knew if she moved wrong, the entire bar would get a glimpse of her pussy.

She had a “fuck me” ensemble going on complete with ride-me hard shoes. He’d never seen her in high heels once, and yet she teetered unsteadily toward the bar in three-inch, fire-engine red heels.

“Jesus, I had no idea she was so damn hot,” Colin muttered.

Jake rounded on Colin with a ferocious glare. “Shut the hell up,” he growled.

Colin raised an eyebrow in surprise but remained silent.

Jake turned his attention back to Ellie, who stood at the bar. The bartender plunked down a shot which she promptly drained before motioning for another.

There wasn’t a single male eye that wasn’t riveted on her. Two men sauntered up to the bar and stood close to Ellie. She smiled at them flirtatiously, and Jake was struck with a sudden realization.

She was taking the plunge.

A surge of red hot jealousy spilled over into his gut. She was finally breaking free of the hold Ray had on her, only this wasn’t the way it was supposed to happen. Jake had waited a long time for her. He’d thought she needed more space. He was supposed to be the one she came to when she was ready to take that leap.

He gripped his beer bottle until his knuckles went white. What the hell did she think she was doing? His gaze narrowed when she downed another shot. When she turned her attention back to the crowd of admirers at her elbow, he saw the fear in her eyes.

It was then he understood what it was costing her. This whole take me home and uck me was all a brave act. She was scared to death, and the only way she had a hope of carrying through with it was by getting thoroughly drunk.

Over his dead body.

He was striding across the room even before he realized he’d gotten up from his table. In two seconds flat, he shoved by the group of men all panting over Ellie and stood beside her at the bar.

She turned unfocused blue eyes up at him, the fear that shadowed her gaze disappearing as she realized who he was.

“What the hell do you think you’re doing, Ellie?” he demanded.

Panic flitted across her face, and the fear returned.

Without waiting to hear what she had to say, he bent slightly, pushing his shoulder into her belly. He stood back up, slinging her over his shoulder. His hand rested possessively on her ass.

He turned to glare at the men who’d surrounded Ellie. “She’s mine,” he said in his most menacing voice.

They backed off quickly.

He started for the door, Ellie’s upper body swinging against his back.

God, he hated that sound. The fear in her voice. The uncertainty. It made him want to put his fist through the wall.

He walked outside, the brisk air raising goosebumps on her bare legs. Legs he ached to touch, spread and get between. His hand lingered over the swell of her ass, just where it belonged. His cock was ready to burst out of his jeans at the mere idea of cupping her sweet behind as he fucked her nice and slow.

He carried her out to his truck and promptly deposited her into the passenger seat. He carefully buckled her in before circling around to the driver’s seat.

When he glanced over at her, she was staring out the window, but he saw the tear that rolled down her cheek. He swore under his breath and started the engine. Seconds later, he roared out of the parking lot.

He clenched and unclenched his hands over the steering wheel as he headed for her house. Damn Ray. Damn himself for never seeing a man he’d counted as a friend for who he really was.

Jake carried a lot of guilt for never seeing the warning signs, for allowing Ellie’s horror to go on while the rest of the world saw what Ray wanted them to see. A nice, successful guy with a gorgeous wife and a perfect life.

The night Jake had found out the truth was a night he’d spent in hell.

He pulled into the driveway of the small house she rented and turned off the ignition. Ellie reached for her door handle, and Jake put his hand out to her.

“Stay there and don’t move.”

She trembled against him but obeyed.

He got out and walked around to her side. He opened the door and reached for her.

“I don’t trust you not to kill yourself in those damn shoes,” he muttered.

She didn’t protest when he curled his arms underneath her and lifted her from the seat. He stalked to her door and fumbled with the handle. Damn woman hadn’t even locked her door.

He shouldered his way inside but still didn’t put her down. He flipped a switch, flooding the small living room with light. His gaze focused on the coffee table and the bottle of liquor, the half empty bottle of liquor, sitting there and swore again.

“Just how much have you had to drink tonight, Ellie?”

She went still against him. “Jake?” she asked.

He spit out several more curses as he ran for the bathroom. He threw open the door and managed to deposit her in front of the toilet before she started retching.

The sounds she made were godawful as she rid her stomach of all the alcohol. He cringed and hovered as he waited for her to finish.

He busied himself wetting a washcloth then gently wiped at her forehead as some of the heaving subsided. She let out a low groan of misery.

“Bet you’ll think twice before pulling a stunt like this again,” he chided.

She opened her eyes and stared up at him. “Don’t lecture, Jake,” she pleaded.

He softened. He couldn’t help it when she stared up at him with those baby blues. He cupped her cheek in his hand and stroked lightly over her skin with his thumb.

“What did you think you were doing?” he asked.

She looked down and a tear splashed onto the toilet seat. Then she bent her neck until her forehead touched the rim.

He reached down to pull her to her feet. Sitting here next to a commode full of mixed alcohol and God knows what else wasn’t his idea of a good time. He reached back to flush the toilet then swung her back into his arms.

She hiccupped softly against his chest. “Where are you taking me?”

He walked into her bedroom and deposited her on the bed. As her head fell back, she moaned and closed her eyes.

He ran a hand through his hair and swore for the hundredth time since she’d walked into the bar. Hell of a note. Passed out cold.

Sighing deeply, he clenched his jaw and put a tight rein on himself as he started to remove her clothing. It was remarkably easy given she didn’t have much on to start with.

He swallowed the knot in his throat as her pink tipped breasts bobbed into view. Fuck me. He eased the mini skirt over her hips and felt his jeans tighten all over again when he saw the tiny scrap of lace that covered her dark curls. Covered but didn’t conceal.

He left the underwear on then went to her closet and rummaged for something to cover her up. He’d be damned if he was going to torture himself further by having her naked body on display.

When he returned to the bed, he gazed down at her small body sprawled on top of the covers. She looked so damn vulnerable. When he thought of such a tiny woman standing up to a man like Ray it made him physically ill. He didn’t know how she’d survived, but he knew one thing. She’d never have to worry about it again.

He bent over and pulled the t-shirt over her head. He lifted her slightly so he could arrange the shirt and get her hands through the armholes. Then he pulled the covers back and tucked her in. She uttered a small sigh and burrowed her face into the pillow before her easy breathing resumed.

His hand lingered over her hair. He let the curls trail over his fingertips, enjoying the satiny feel. He touched her cheek for the briefest of moments before finally turning and walking quietly out of her bedroom.

In her living room, he dug around in one of her cabinets until he found an old afghan blanket. He drug out a few throw pillows and tossed them onto the couch. He’d stick around tonight, make sure she was okay in the morning. Then they were going to have a heart to heart chat about her little escapade. 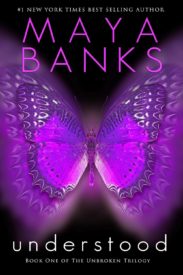 Understood in Other Languages:

is Book 1 in the Unbroken Trilogy