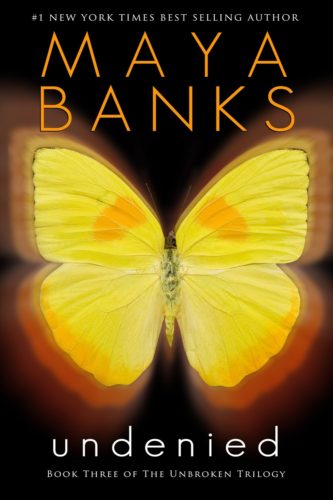 Book 3 in the Unbroken Trilogy 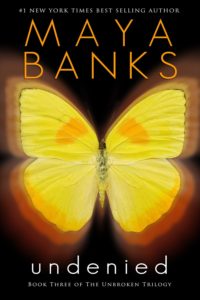 They lay facing each other, their soft breathing the only sound in the room. He rubbed her back, his palms comforting, soothing.

A sigh of contentment welled deep within her chest and whispered across her lips, her body relaxing with the flow of it.

“You sound awfully contented.” His chest rumbled as he spoke, vibrating against her ear.

“I am,” she said. Then she smiled, a mischievous streak rising fast. “That was incredible. Just think of what we missed out on all those years ago.”

“That was extremely uncharitable of you to bring up,” he grumbled.

She chuckled softly against his chest. There was another comfortable silence between them and then he put a finger under her chin and tilted her head upward so she looked him in the eye.

“I don’t even know where you live. If I’ll see you again.”

She kept her expression even, not wanting to betray any hint of reaction. “Do you want to see me again?”

His brow furrowed a moment and he seemed to grapple with his answer. Finally he took a deep breath. “Yeah, I like the idea of seeing you again.”

Some of her tension eased, though why it should matter if he wanted to see her again was beyond her. She didn’t come to town scoping for a relationship.

“I live in Houston,” she said simply.

His eyes widened in surprise. “That’s not far.”

“Hour and a half,” she replied.

He moved his arm up propping his elbow on the bed and resting his head in his hand. “How did you end up there? I always wondered why you left. I mean after we… After we had sex, you disappeared.”

She laughed. “You make it sound so calculated and sordid. My dad got a job transfer and so we moved to Tennessee. When I was in college, he transferred to Houston. I finished college then moved there to be close to them. He’s retired now, and they’ve moved down to Galveston, but I still see them often.”

“So what do you do in Houston?” he asked.

“I’m a real estate agent. I actually got a degree in nursing but after six months of the hospital scene, I realized there was no way I could make a career out of sick, needy people. A friend of mine owned her own real estate agency so I got my realtor’s license and went to work with her. After a year, I decided to strike out on my own. I started small, but my agency is the fourth largest in Houston now.”

His eyebrows rose. “I’m impressed,” he said. He laid his hand over her hip, bunching the sheet between his fingers. “That’s a hell of an accomplishment.”

She smiled, enjoying his touch. “I think so. Or I like to think so. It took a lot of hard work, but the effort’s finally paid off.”

She rose up on her elbow as well so she was on eye level with him. The sheet fell from her chest, and she reached for it to pull it back up. His hand stayed her motion. He grazed her nipple with the back of his hand then cupped the soft mound in his palm.

She tried to speak, cleared her throat and tried again. “What about you? Did you always want to be a cop?”

His fingers continued stroking her nipples, plucking the tips until they were taut and puckered.

“No. I wanted to play football like Jake Turner and Ray Hatcher. We all got scholarships to A&M but I messed up my shoulder my freshman year. Got a degree in criminal justice instead, and when I graduated I came home, got a job with the city. I’ve been there ever since.”

“Any regrets?” she asked softly as she arched more fully into his hand.

He seemed to consider the question for a minute. “No,” he said finally. “I love my job. I’m surrounded by my best friends. It’s a good life.”

She smiled and rubbed her hand over his goatee. “You make it sound so simple.”

He grinned. “I’m just a country boy at heart. Don’t need anything more complicated. Beer, good friends and football. Can’t ask for anything better than that.”

“You left good sex out of there,” she pointed out.

His hand left her breast and he trailed a finger down the line of her jaw. “Oh, yes, definitely good sex.” He cocked his head to the side and leaned in to kiss her. “In fact, I need a lot more of good sex. A whole lot more.”

“Mmmm. That can be arranged,” she murmured against his mouth. “I hope you brought more than one condom.”

He chuckled. “I damn near bought out the store.” 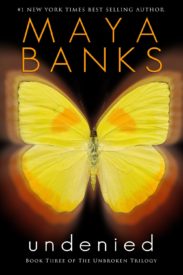 is Book 3 in the Unbroken Trilogy