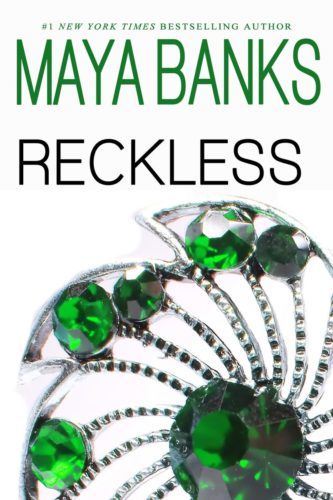 Book 2 in the Brazen & Reckless Duo 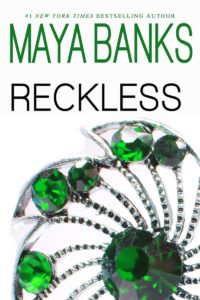 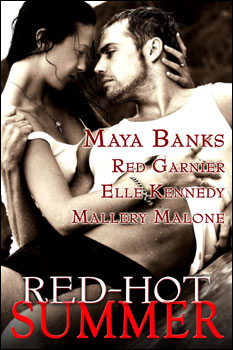 J.T. pulled to a stop in front of the ranch and wiped the sweat from his brow. He couldn’t wait to jump in the pool. There weren’t too many safe places left in Barley for him to hide, but he was safe here.

He climbed out and strode to the house in his swim trunks, flip-flops and T-shirt. He knocked then rang the bell, but when no one answered, he opened the door and let himself in. Jasmine had said they might not be here. Which was fine with him. He could use the alone time to work off some serious sexual frustration.

He made his way through the living room and to the glass patio doors. Beyond, the pool shimmered a sparkling blue, and he nearly groaned as he imagined how nice it was going to feel to immerse himself in its coolness.

He shut the door behind him, kicked off his flip-flops and made a beeline for the deep end. But when he got there, his gaze drifted to the lawn chair situated just a foot from the diving board. And to the beautiful, naked woman stretched out, sunbathing.

Fuck me. Fuck him. Fuck a duck.

Nikki was laid out, butt-ass naked, her gorgeous tanned skin glistening in the sun. There wasn’t an inch of pale skin anywhere on her, which told him she was no stranger to tanning in the nude. Her slender legs were slightly bent at the knees and parted, just enough to give him a prime glance at her pussy. He groaned. Dear God, this was so unfair.

His gaze drifted higher to her trim waist and the diamond teardrop ring at her belly button. It glittered in the sun and lay in the hollow of her taut belly. Then he settled on her pert breasts. Perfect. Just fucking perfect. Not too large but not small by any means. Just big enough that they stood erect. Not a bit of sag. If he didn’t know better, he’d say they were fake, but he’d been up close and personal, and they were way too soft, too fleshy to be silicone.

Her nipples were dark, maybe from tanning, but they were mouthwateringly erect. Brown, darker than her skin. Puckered and pointed. He closed his eyes and tried to stop the inevitable meltdown.

“I expected you a half hour ago,” she said lazily.

His eyes flew open to see her watching him with hazy contentment. Jasmine. Hell. He’d been royally set up and screwed. So much for friendship. Damn women stuck together like thieves.

“I’ll just be going,” he muttered. How the hell was he supposed to go for a swim with a woody the size of a tree trunk and her lying in the sun gloriously naked?

He blinked. “Excuse me?”

She sat up, and he couldn’t help but watch the way her breasts swayed with her motion. Or the way he’d caught the most spectacular glimpse of her pussy when she’d spread her legs to put her feet down on either side of the lounger.

She pushed herself up and walked to where he stood. His tongue flipped and tied itself into about thirty knots. He was so going to hell for this.

“You. Are. A. Coward,” she said as she jabbed a finger into his chest.

Before he could react, push her away or whimper like a girl, she slipped her hands down to his crotch and cupped him through the fabric of his swim trunks. Busted. He was so completely busted. There was no hiding that kind of erection from her.

She glanced up at him, her eyes glinting in satisfaction. Then she worked her hands underneath the legs of his shorts, and he sucked in his breath as she found his balls.

Despite his vow to resist her at every turn, he found himself closing his eyes as her fingers kneaded his sac. Jesus that felt good.

“Now imagine this. It’s hot. You head to the pool for a swim. Only when you get there, you see a woman sunbathing in the buff. She’s attractive. You wouldn’t mind getting some of her ass.”

J.T. frowned. He didn’t like where she was going with this, even if she was dead-on.

“The woman opens her eyes, and she sees this really gorgeous man staring at her. The man can see she wants him too. She gets up, and he watches her breasts. Imagines what they’d taste like. She’s imagining his mouth around her nipples, and she wants him. God, she wants him.”

J.T. clenched his fists at his sides as her fingers brushed lightly over his dick.

Her voice lowered to a whisper. “She walks over, wanting to touch him, needing him to touch her. She runs her hands up his trunks and feels his balls, so big and tight. And then his cock. Like an iron bar. So hard. So rigid. And she begins to fantasize about taking him inside her.”

His chest swelled until he feared exploding. He’d never been so thoroughly seduced by a woman’s voice before. 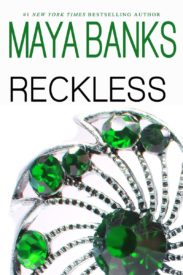 Reckless in Other Languages:

is Book 2 in the Brazen & Reckless Duo