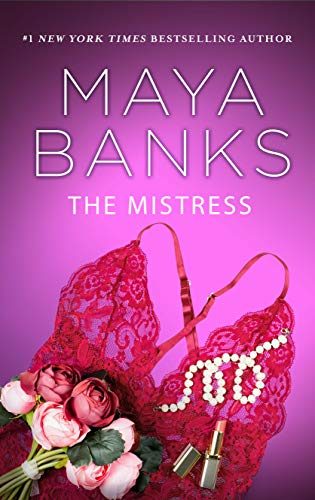 Book 1 in the Anetakis Trilogy 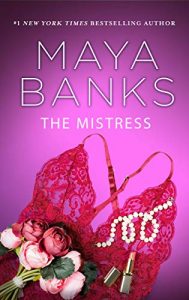 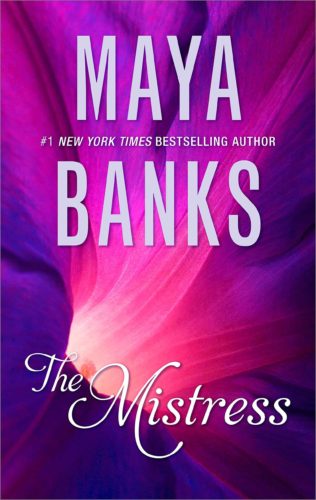 Is that truly all I am to you?” Marley choked out, still unable to comprehend his declaration. “A m-mistress?”

He sighed impatiently. “You’re distraught. Sit down and let me get you something to drink. I’ve had a trying week, and you are obviously unwell. It benefits neither of us to have this discussion right now.”

Chrysander urged her back to the bed then strode out of the suite toward the kitchen. After a long week of laying traps for the person attempting to sell his company out from under him, the last thing he wanted was a hysterical confrontation with his mistress.

He poured a glass of Marley’s favorite juice then prepared himself a liberal dose of brandy. The beginnings of a headache were already plaguing him.

He smiled when he saw Marley’s shoes in the middle of the floor where she’d left them as soon as she’d come off the elevator. He followed the trail of her things to the couch where her bag was thrown haphazardly.

She was a creature of comfort. Never fussy. Which is why this emotional outburst caught him off guard. It was completely out of character for her. She wasn’t clingy, which is why their relationship had lasted so long. Relationship? He’d just denied to her that they had one. She was his mistress.

He should have softened his response. She probably wasn’t feeling well and needed tenderness from him. He winced at the idea, but she’d always been there ready to soothe him after weeks of business trips or tedious meetings. It was only fair that he offer something more than sex. Though sex with her was high on his list of priorities.

He turned to go back into the bedroom and try to make amends when the piece of paper sticking out of Marley’s bag caught his eye. He stopped and frowned then set the drinks down on the coffee table.

Dread tightened his chest. It couldn’t be.

He reached out to snag the papers, yanked them open as anger, hot and volatile, surged in his veins. Marley, his Marley, was the traitor within his company?

He wanted to deny it. Wanted to crumple the evidence and throw it away. But it was there, staring him in the face. The false information he’d planted just this morning in hopes of finding the person selling his secrets to his competitor had been taken by Marley. She hadn’t wasted any time.

Suddenly everything became clear. His building plans had started disappearing about the time that Marley had moved into the penthouse. She’d worked for his company, and even after he’d convinced her to quit so that her time would be his, she still had unimpeded access to his offices. What a fool he’d been.

Stavros’ call to him hours earlier stuck in his mind like a dagger. At the time, it had only registered a mild annoyance with him, a matter he’d planned to take up with Marley when he saw her. He’d lecture her about being careless, about being safe, when in fact, it was him who wasn’t safe with her. She’d gone to his office then disappeared for several hours. And now documents from his office had appeared in her purse.

The papers fisted in his hand, he stalked back to the bedroom to see Marley still sitting on the bed. She turned her tear-stained face up to him, and all he could see was how deftly she’d manipulated him.

“I want you out in thirty minutes,” he said flatly.

Marley stared at him in shock. Had she heard him correctly? “I don’t understand,” she choked out.

“You have thirty minutes in which to collect your things before I call security to escort you out.”

She shot to her feet. How could things have gone so wrong? She hadn’t even told him about her pregnancy yet. “Chrysander, what’s wrong? Why are you so angry with me? Is it because I reacted so badly to you calling me your mistress? I assure you it came as a great shock to me. I thought somehow I meant more to you than that.”

“You now have twenty-eight minutes,” he said coldly. He held up a hand with several crumpled sheets of paper in them. “How did you think you’d get away with it, Marley? Do you honestly think I would tolerate you betraying me? I have no tolerance for cheats or liars, and you, my dear, are both.”

All the blood left her face. She wavered precariously, but he made no move to aid her. “I don’t know what you’re talking about. What are those papers?”

His lips curled into a contemptuous sneer. “You stole from me. You’re lucky that I’m not phoning the authorities. As it is, if I ever see you again, I’ll do just that. Your attempts could have crippled my company. But the joke is on you. These are fakes planted by me in an attempt to ferret out the culprit.”

“Stole?” Her voice rose in agitation. She reached out and yanked the papers from his hand. The words, schematics blurred before her eyes. An internal email, printed out, obviously from his company ISP address stared back at her. Sensitive information. Detailed building plans for an upcoming bid in a major international city. Photocopies of the drawings. None of it made sense.

She raised her head and stared him in the eye as her world crumbled and shattered around her. “You think I stole these?”

“They were in your bag. Don’t insult us both by denying it now. I want you out of here.” He made a show of checking his watch. “You now have twenty-five minutes remaining.”

The knot in her throat swelled and stuck, rendering her incapable of drawing a breath. She couldn’t think, couldn’t react. Numbly, she headed for the door with no thought of collecting her things. She only wanted to be away. She paused and put her hand on the frame to steady herself before turning around to look back at Chrysander. His face remained implacable. The lines around his mouth and eyes were hard and unforgiving.
“How could you think I’d do something like that?” she whispered, before she turned and walked away.

She stumbled blindly into the elevator, quiet sobs ripping from her throat as she rode it down to the lobby level. The doorman looked at her in concern and offered to get her into a cab. She waved him off and walked unsteadily down the sidewalk and into the night.

The warm evening air blew over her face. The tears on her cheek chilled her skin, but she paid them no heed. He would listen to her. She would make him. She’d give him the night to calm down, but she would be heard. It was all such a dreadful mistake. There had to be some way to make him see reason.

In her distress, she took no notice of the man following her. When she reached the curb, a hand shot out and grasped her arm. Her cry of alarm was muffled as a cloth sack was yanked over her head.

She struggled wildly, but just as quickly, she found herself stuffed into the backseat of a vehicle. She heard the door slam and the rumble of low voices, and then the vehicle drove away. 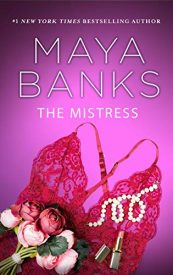 The Mistress in Other Languages: 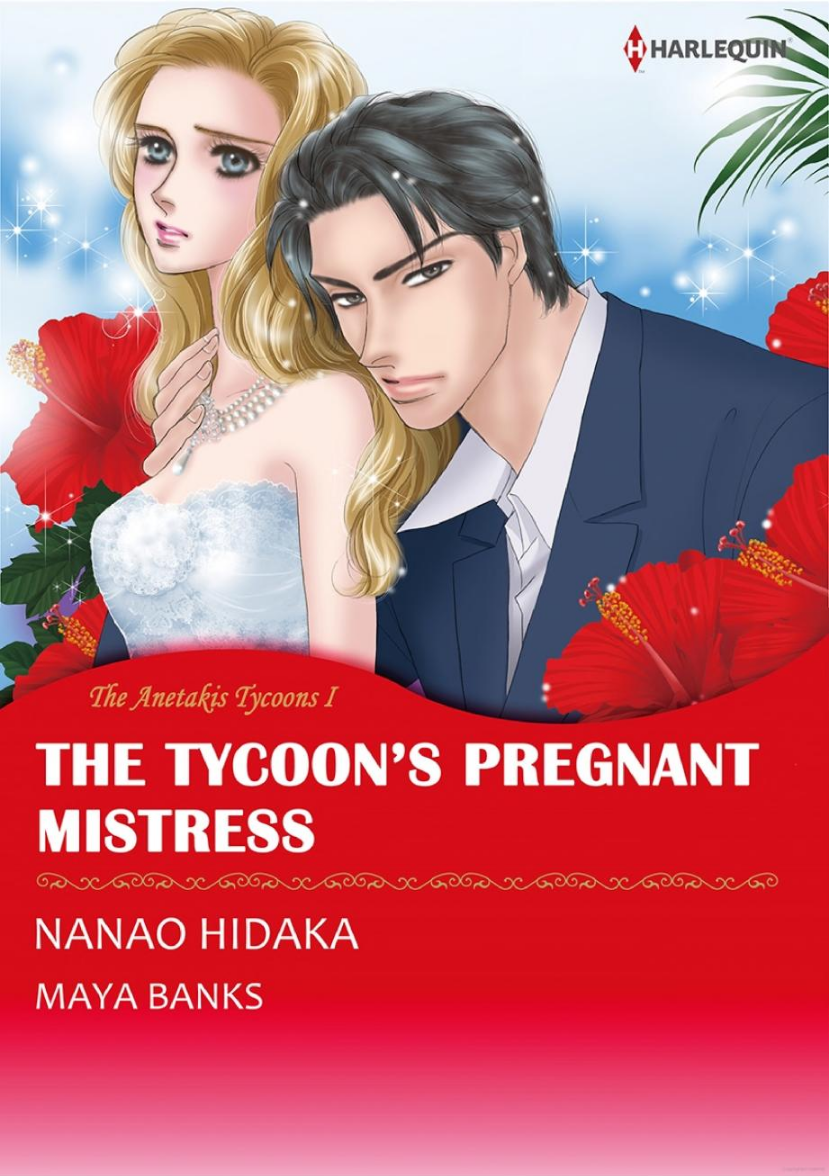 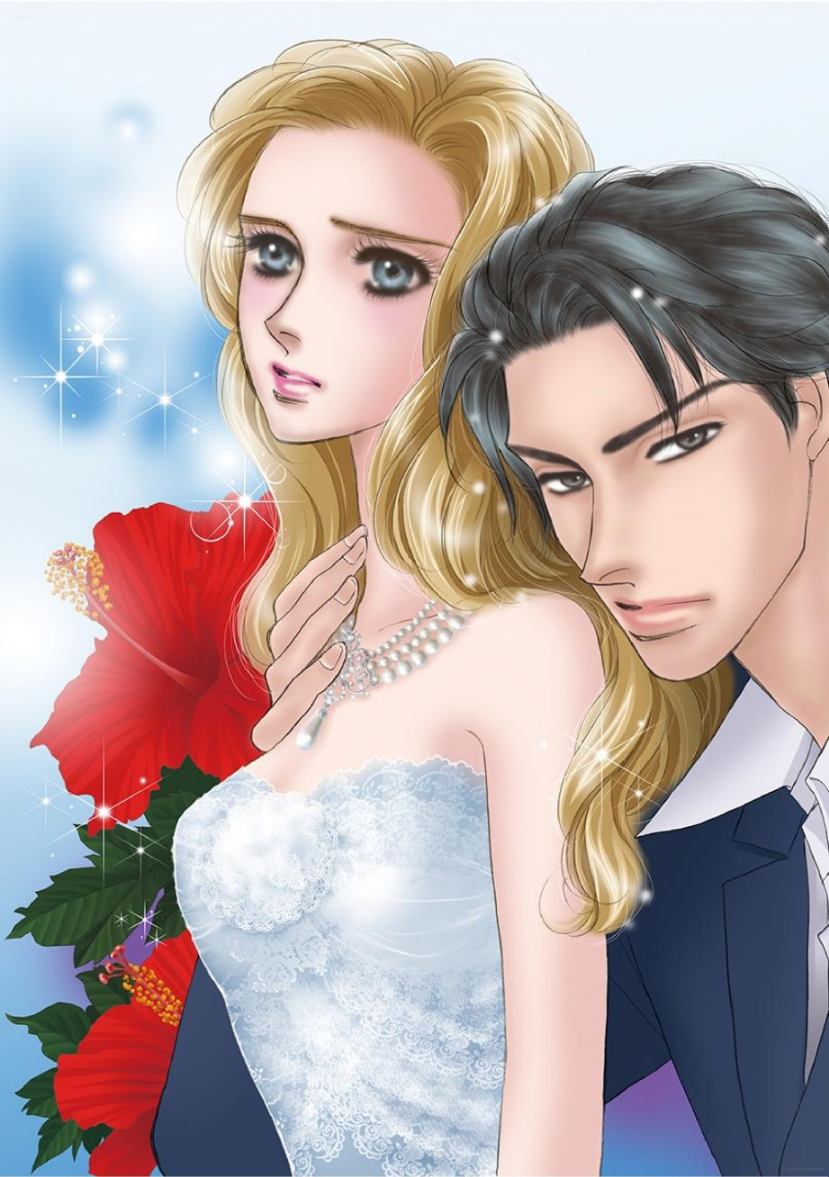 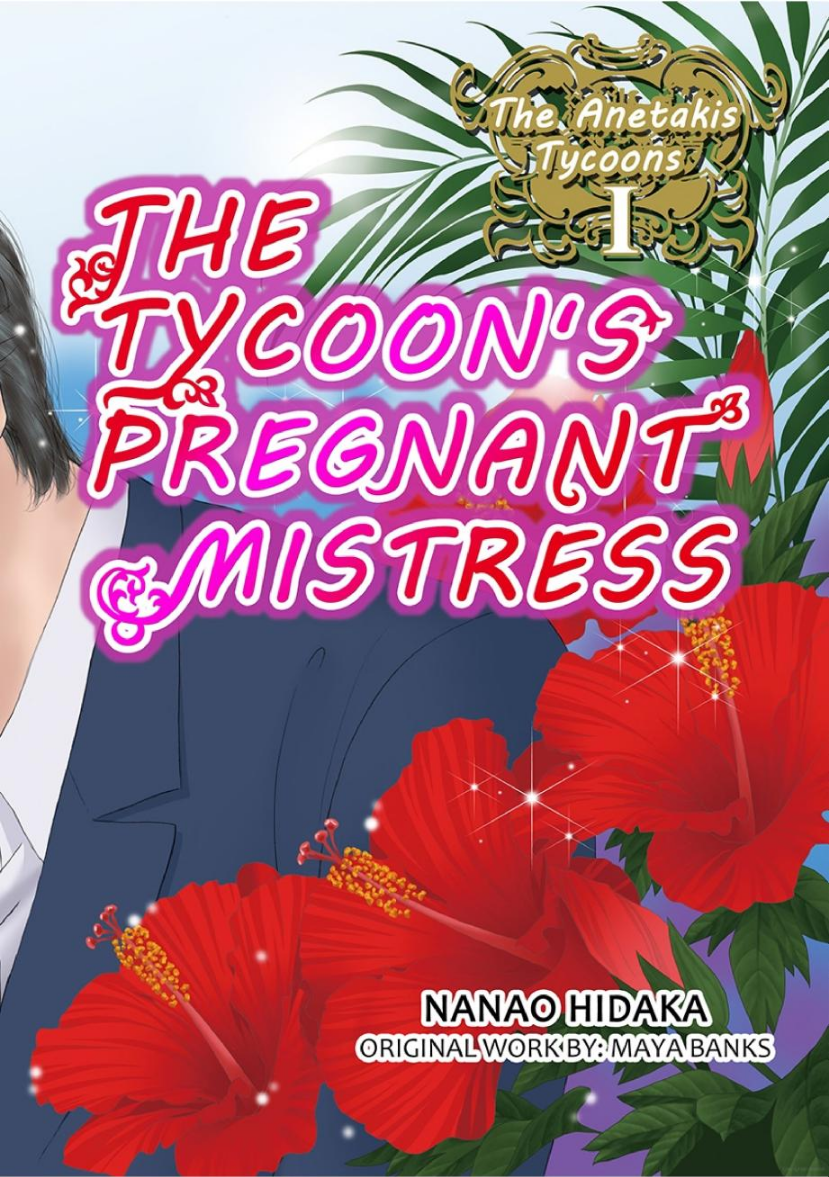 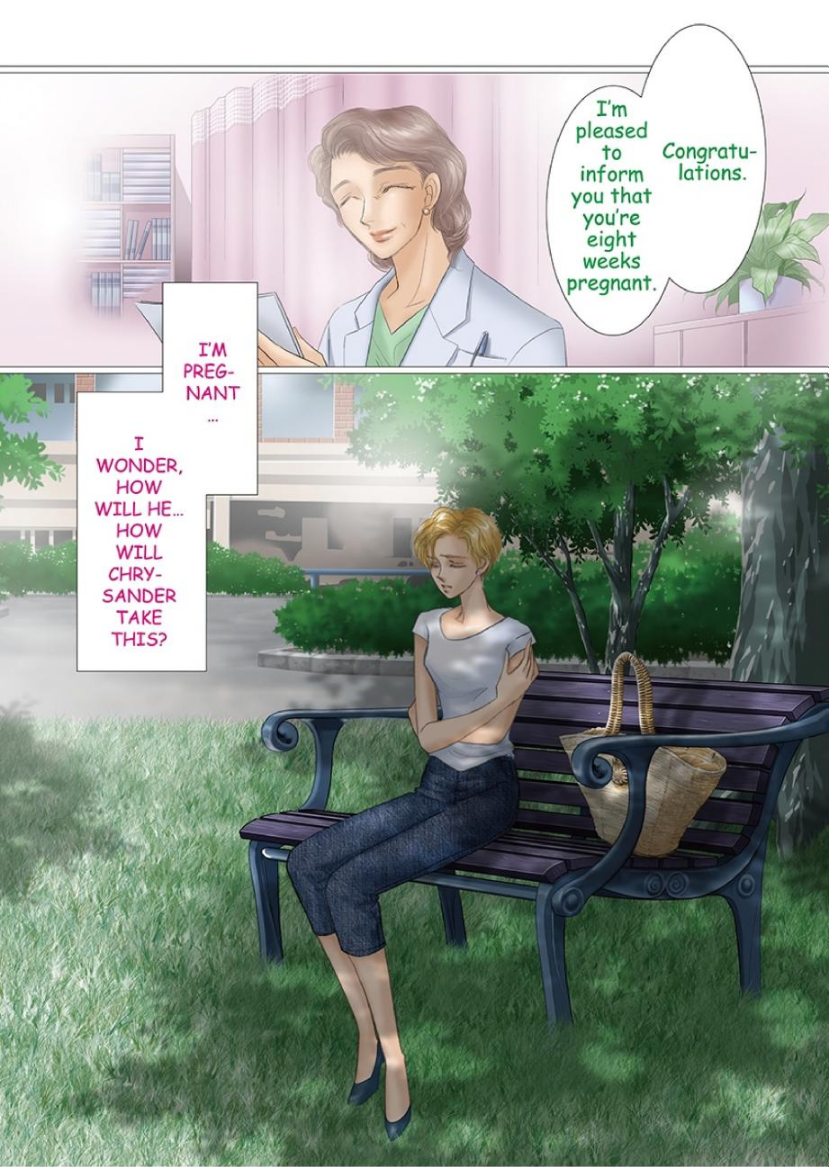 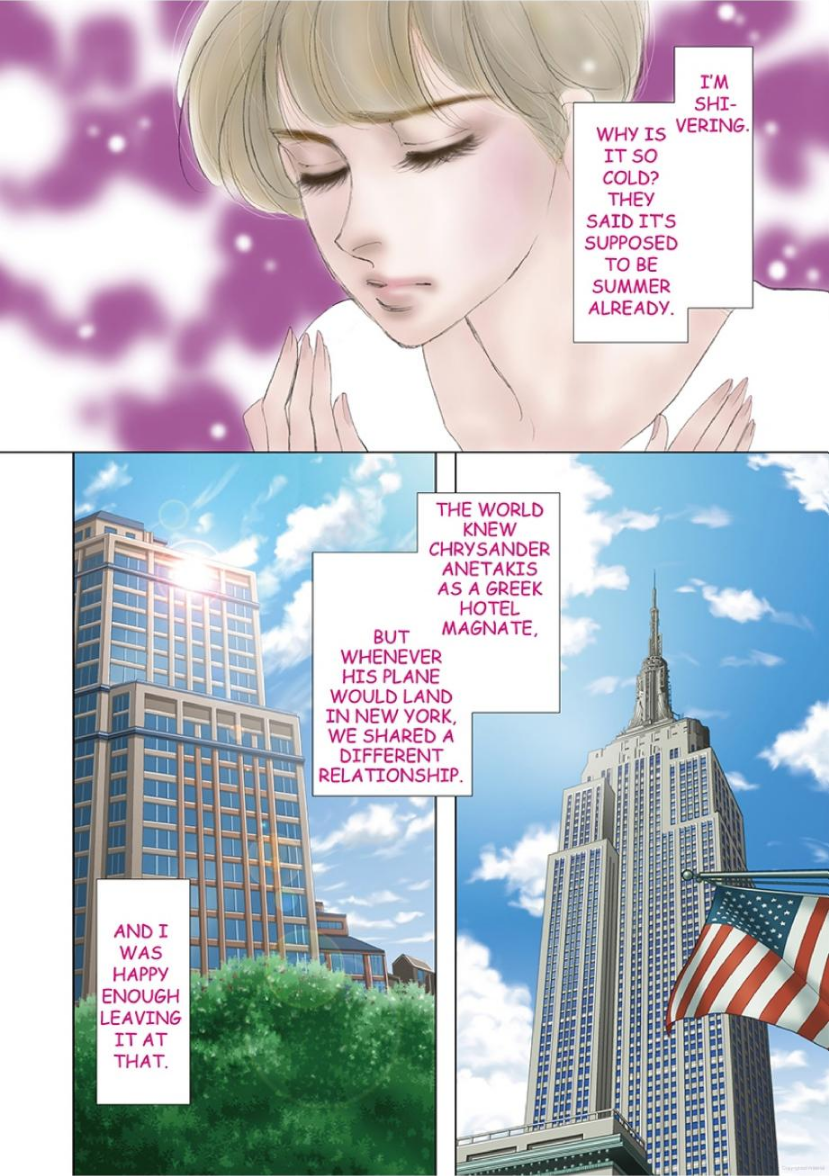 is Book 1 in the Anetakis Trilogy