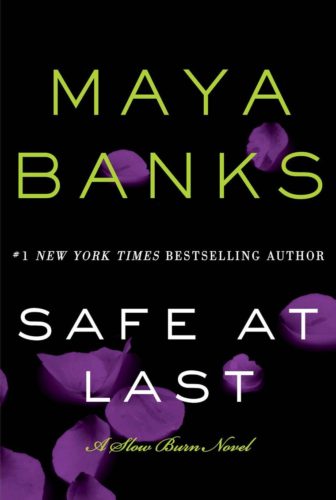 Book 3 in the Slow Burn Series 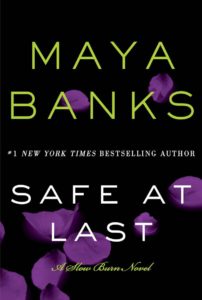 “What can DSS do for you, Mr. Sterling? I understand you want a full security detail for an upcoming exhibit in a week’s time. That doesn’t give us much time to prepare so we need to know exactly what you expect from us and what our duties will be. You want the best and that’s what you’re going to get. But you can’t expect the best if we don’t have all information and any potential liabilities exposed and assessed.”

Sterling sized up Dane quickly, fleeting respect flickering in his eyes. Zack suspected this man didn’t offer his respect often, nor did Zack suspect he needed to. He was a man who commanded it.

“I imagine this will be a routine matter for a firm of your reputation,” Sterling said, revealing that he’d at least done his homework. “No expected threats. I merely want a presence, a subtle presence, to ensure that all goes smoothly. This is an important event for this gallery and the artist. It will be a debut showing and I’ve put a lot of money into publicity and marketing. There will be much curiosity, as I’ve been very vague about the identity of the artist.”

“I expect a certain dress code, which I assume won’t be a problem,” Sterling began.

Zack could almost hear the mental collective groans going up from everyone except Dane, who was no stranger to looking the part of a wealthy art patron.

Sterling had opened his mouth to continue when the sharp tap of heels alerted them to Cheryl’s presence as she hurried up to them, carrying a large, unwrapped canvas, excitement clear on her face.

“I’m so sorry to interrupt, Mr. Sterling, but I knew you’d want to see this right away. The last piece was just couriered over. Shall I place it where we discussed?”

Everyone’s gaze swept curiously to the source of her obvious enthusiasm.

When Zack looked, all the breath left his body, crushing his chest as his world tilted on its axis.

Voices sounded around him. Sterling was speaking with his assistant. But Zack was utterly numb. He stared at a scene so perfectly rendered, a scene that took him back to another time and place. A place he’d once shared with Gracie.

Exactly as it had existed when he and Gracie had spent so much time under the awning of those tree branches, nestled in the roots, Gracie wrapped securely in his arms, Zack a barrier between her and the rest of the world.

And the woman in the painting? Even with her back turned, he’d know her anywhere.This wasn’t a current depiction of that spot. Too much time had elapsed for it to remain unchanged. The parts along the lake owned by a paper company had been sold off years ago, and now, where it had mostly been untouched forest, it would be developed, trees gone, the landscape irrevocably changed by housing subdivisions.

His vision blurred, eyes stung, and the two initials acting as the artist’s signature wobbled into view. A simple A.G. Anna-Grace. His Gracie. Dear God, she was alive?

But if she was alive. Well. Painting, even. Then why the hell had she disappeared and why had she never made an effort to contact him?

The painting meant something to the artist. It was evident in every brushstroke. Emotion jumped off the canvas and grabbed the person viewing it by the throat. He was besieged by nostalgia, knowledge of a time when everything was new, innocent, the world a vast opportunity in the making, life not to be survived but to be lived to the fullest, with every day savored.

But if he drew the conclusion that the painting—the place depicted—held value to the artist, then wouldn’t it follow that he meant something to her? Because someone who cared about another person in that fashion didn’t simply vanish, never to be heard from again, unless some great tragedy had occurred. And if he did in fact hold any memory or feeling to her, then why the fuck wouldn’t she have made a minimal effort to alleviate the nightmares he’d been victim to for more than a decade?

Then his gaze fell on the title of the painting and his heart began to pound even harder.

It was certainly a depiction of that. For him. But what would have caused her to give it such a title?

There was an inherent sadness to the drawing, as if the memory indeed was painful, a depiction of lost hope, and as the painting was titled, lost dreams.

Even the silhouette of the girl facing the lake seemed lonely and barren somehow.

Unwanted tears burned the edges of his eyes and he was besieged by a sense of sorrow. The painting didn’t suggest that she had willingly parted ways with him and instead suggested regret . . . grief over the past.

His name registered sharply and he shook himself to awareness to see the entire group staring at him, an array of expressions on their faces.

Sterling and his assistant stood to the side, also staring at Zack. Sterling wore a slight frown, his eyes intently studying Zack’s reaction.

“What artist is the exhibit for?” Zack asked casually.

But there was no disguising the betraying tremor and hoarseness to his voice, despite his best effort to contain his reaction.

Eliza’s head snapped up, her eyes flashing fire. “Wait a minute. You want to hire a security firm for the exhibit, but you don’t give a fuck about the actual artist?”

Zack saw red, his thoughts so jumbled and chaotic he couldn’t even give voice to the thousand what the fucks going through his mind.

“The artist prefers anonymity,” Sterling said in a biting tone. “It’s not even decided as to whether the artist will attend. The exhibit isn’t about the artist, but rather the art.”

Eliza snorted. “And this helps us do our job how?”

“Who is she?” Zack asked quietly.

At the same time Cheryl quickly turned the painting around, obscuring it from view with her body.

“The initials A.G. Do they stand for ‘Anna‐Grace’?” Zack asked hoarsely, no longer even attempting to disguise the demand in his voice.

Frustration simmered in Zack. He was perilously close to losing his shit right here and now. And it was not going to be a pretty sight. For twelve fucking years—more than a third of his life—he’d worried and agonized over Gracie’s fate and now this fuckhead was playing goddamn mind games when Zack was on the cusp of the impossible?

Oh hell no. That untouchable “I’m wealthy and powerful” act might work on others, but not on Zack. He worked for extremely wealthy but down to earth people. He himself was wealthy and he didn’t act like an arrogant douche bag, smug and confident that his words and actions were law. Or above the law.

“Just answer the question,” Zack said through a tightly clenched jaw. “The initials. A.G. Do they stand for ‘Anna-Grace’?”

His tone was frigid, suggesting without actually stating that he wouldn’t ask again.

At that Sterling’s expression became absolutely glacial. Frost formed in his gaze. His eyes hardened, his jaw ticking as he continued to size Zack up. For whatever reason, as soon as Zack had said her name, Sterling had gotten pissed, where before he’d just been a smug, arrogant asshole. Anger vibrated from him in waves. His eyes became shuttered, masking any hint or clue as to what he was thinking. Zack wanted to put his fist right through the bastard’s jaw.

The sudden tension between the two men was palpable. Eliza threw Dane an uneasy glance and took another step closer to Zack’s side, almost as if she knew the shit was about to hit the fan.

“We’re done here,” Sterling said in a rigid tone. “I no longer require your services. I’m more than happy to pay a consult fee if you leave your billing information with my assistant on your way out.”

His response enraged Zack and Eliza quickly stepped between the two men, turning her back to Sterling and placing her hand on Zack’s chest.

“Let’s go, Zack,” she said in a low voice. “This asshole’s taken up enough of our time.” She tossed a pissed off look over her shoulder at Sterling and said in a tone as icy as his had been, “And you can bet you’ll get that bill before we leave.”

“Lizzy,” Dane said, carefully enunciating each word so she got the message, “get the fuck away from him.”

The threat in Dane’s tone, and his body language, was clearly evident. Eliza turned but pulled Zack with her, trying to herd him toward the door.

“Eliza, stop,” Zack said quietly, not wanting to vent his seething emotions on the other woman. But he planted his feet all the same, making it impossible for her to budge his much larger frame. “This is important. The most important thing in my goddamn life. I can’t leave here. Not until I get the info I’m looking for. I’ll kick the motherfucker’s ass if it gets me the intel I want—that I need.”

“Sir, should I call the police?” Cheryl inquired anxiously of Sterling.

Before Zack could follow up and make another demand, the glass entryway swung open and a woman hurried through, her gaze immediately focused on Sterling and his assistant.

As she took in the other DSS members, her face reddened in embarrassment. Several things happened simultaneously. Wade rushed toward her and she hastily babbled an apology for interrupting.

Zack went completely still, not so much a single breath escaping his lungs as he drank in the sight before him. His throat closed in and he couldn’t speak. Couldn’t think. All he could do was stare.

“I’m so sorry, Wade,” she said in a rush. “But I’ve changed my mind. I don’t want to display the last painting. I just . . . can’t.” The pain on her beautiful features was clearly evident.

Her eyes were haunted by ghosts of the past. Ghosts that mirrored Zack’s own. Because he was staring at one right this very moment.

He finally managed to rip himself from the stupor enveloping him and force the single, choked word from his mouth, his entire mind quaking with disbelief. 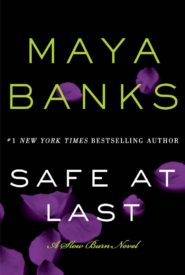 Safe at Last in Other Languages:

is Book 3 in the Slow Burn Series