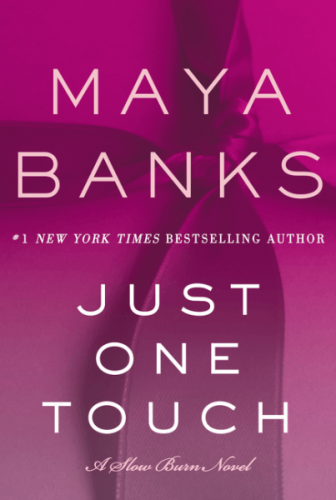 Book 5 in the Slow Burn Series 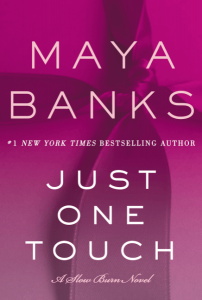 She ran through the gnarled forest, her breaths of fear spilling raggedly from her lips as she sought to suck in precious oxygen. Another tree limb slapped her painfully in the face and she brought up her hand in automatic protection. She flung it out to protect herself from other obstacles shielded from her in the inky night where overcast skies hid the half moon, rendering her blind as she continued to crash haphazardly through the woods.

It was only a matter of time before her absence was detected and they wouldn’t wait until dawn, just an hour away, to set the dogs loose to track her. They had the advantage. She had none.

Her feet became entangled in exposed tree roots and she slammed face-first onto the ground, all the wind knocked brutallyfrom her lungs. She lay there wheezing for breath as tears burned. Gritting her teeth in determination, she shoved herself upward and took off once more, ignoring the crippling pain that seized her entire body.

They would find her. They’d never rest until they had her back. She couldn’t stop. Couldn’t give up. She’d die before going back.

A shiver went up her spine when she heard a distant coyote howl. She pulled up sharply when she heard another and then a third, much closer than the first. The sound of the entire pack yipping and barking only to end in long, haunting howls made goose bumps rise on her skin, which was already prickled from the cold.

They were in front of her. They were the only obstacle between her and the open land that represented her freedom. Possible freedom. But then she realized if the coyotes were near her, then perhaps the dogs sent to track her would be reluctant to follow her this closely to them.

Her chances with wild coyotes were infinitely better than— and preferable to—the fate she knew awaited her if they dragged her back to the compound. Already the sky was beginning to lighten in the east, but not enough to give her a clear sight path. Knowing she had to keep moving at all costs, she plunged recklessly ahead, shoving thick bramble away as she tried to gain passage through the dense vegetation.

Her bare feet had no feeling in them. Cold and the many scrapes and bruises had rendered them numb. For that she was grateful. The moment she regained sensation she knew she would be helpless.

How much farther? She’d studied the maps, snatching stolen moments, taking great risks to delve into the off-limits areas of the compound. She knew the path she’d chosen—north—was the shortest path out of the heavy forest that encompassed the compound. She’d committed every marker to memory and had taken a due-north route from the northern edge of the compound walls.

What if she hadn’t taken a straight line? What if she was merely running in circles? A sob escaped her bloodied mouth but she bit it back, purposely injecting pain by sinking her teeth into her bottom lip.

And then another sound stopped her cold. Panic scuttled up her spine and she went rigid in terror. Dogs. Still a distance away, but the sound was unmistakable and one she was intimately acquainted with. Bloodhounds. And she’d certainly bled all over the woods, leaving a trail that would be child’s play for the dogs to track.

With a sob, she pushed forward again, her flight more desperate than before. She hurdled stumps and downed branches, falling half a dozen times in her frenzied flight, fueled by desperation and a lifetime of despair.

A cramp knotted her thigh and she gasped but ignored the crippling pain. And then another seized her side. Oh God. Slapping her hand over her side, pushing, massaging the taut muscle, she turned her tear-streaked face upward to heaven.

Please help me, God. I refuse to believe I’m the abomination they named me. That I’m to be punished for what wasn’t my choice. They don’t do your work. I can’t—won’t—believe that. Please. Grant me mercy and grace.

The dogs seemed closer and she could no longer hear a single coyote. Perhaps they were frightened away by the loud baying and sheer number of the dogs hunting her. Another cramp nearly sent her to her knees, and she realized that soon she’d no longer be able to continue running.

And then suddenly she burst from the last snarl of bramble and bushes and was so shocked to have no further obstacle that she tripped and went tumbling forward, landing flat on her face on a . . . gravel road?

She slapped her hands down on the ground, curling her fingers into the dirt and gravel. Droplets of blood soaked into the dirt, and she hastily wiped her mouth and nose with the arm of her tattered hoody.

Elation swirled. She’d made it!

Then she quickly got back to her feet, castigating herself. She hadn’t made anything yet. She was merely free of the woods, and now she was more of an open target than before. But at least she would know where she was going.

She began sprinting down the road, quickly moving to the ditch when the rocks tore into her tender feet. The grassy area wasn’t much better, but at least she wouldn’t leave such an obvious blood trail on the roadway.

To her shock, just a hundred yards ahead was what looked to be a small filling station and fruit stand. She put on speed, her gaze darting back and forth as she neared it. She even glanced over her shoulder, terrified that she’d see the dogs behind her. And worse . . . the elders.

Seeing nothing and no one yet, she continued to run toward the gas station, not having the first clue what to do when she got there. She knew little of the modern world outside of the books she’d snuck, the magazines and newspapers. It seemed strange and scary, enormous beyond her wildest imagination. But she’d armed herself with as much knowledge as possible in preparation for this day.

As she reached the station, she observed an old truck parked out front with a tarp completely covering the bed. She glanced side to side and toward the station, thinking quickly of her options. Then she heard voices.

She immediately squatted behind the truck, her heart thundering in her chest and her breath coming out in painful wheezes.

“Gonna run this produce to our Houston stand. Expect I’ll be back ’round two this afternoon. You need anything from the city, Roy?”

“Not this time, Carl. But be careful. I heard traffic is a real bitch this morning. Something about a pileup on the 610 loop.”

Making a quick decision, she eased the tarp upward to expose the open tailgate and to her delight, saw just enough room for her to huddle between the freight boxes containing fruit and vegetables. As quietly and as quickly as she could, she slithered over the tailgate, her body screaming its protest. She slipped the tarp back down, hoping she’d left it arranged as she’d found it, and then pushed her body forward as much as possible so she wouldn’t fall out.

The older man was driving into the city. The thought terrified her. The very idea of being swallowed whole by a city as large as Houston was paralyzing. But it would also play to her advantage. Surely the elders would have much more trouble tracking her in a city teeming with life. Not to mention they couldn’t very well abduct her in broad daylight. Both things they could readily do as long as she remained where she was in the rural, isolated area well north of Houston.

She held her breath as she felt the truck shake with the slam of the driver’s door, and then the engine cranked and the vehicle began backing up. She put a fist to her swollen mouth and bit into her knuckle when the truck halted its backward motion, but a mere second later it began moving again and she could tell they’d pulled onto the gravel road.

Thank you, God. Thank you for not forgetting me. For letting me know I am not what they named me and that you aren’t the vengeful God they named you. 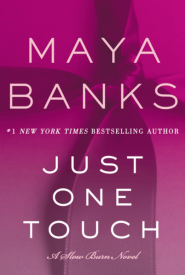 Just One Touch in Other Languages:

is Book 5 in the Slow Burn Series