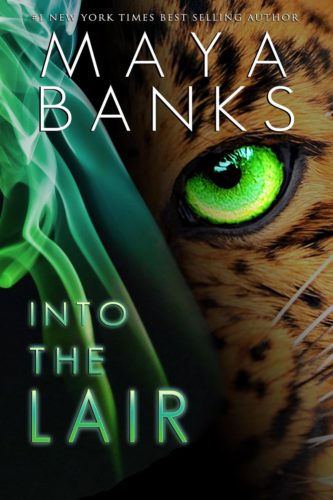 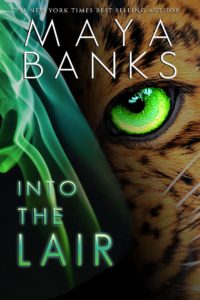 “What were you doing kissing her, for God’s sake?” Ian demanded as Braden walked into the front cabin of the plane.

Ian stood with his fists curled at his sides, surprised by just how angry it had made him when Braden had kissed Katie. He felt juvenile and rash, not to mention like a giant, stupid fuck.

Braden gave him a what-the-hell look and sauntered past to snag one of the bottles of water from the galley area.

“What do you care if I kissed her?” Braden asked calmly, after he’d taken a long swig from the bottle. He recapped it and gave Ian a curious glance.

Ian looked past Braden to where Katie lay curled on the couch all but passed out. They were already making their descent, but she was clearly still exhausted and in pain.

“Ah, I get it. You’ve got a thing for her,” he said before Ian could respond.

“I don’t fucking have a thing for her,” Ian snarled.

Braden shrugged. “Not like you to get hyped up because I made a move on a woman you were interested in.”

Ian sucked in a breath. No, it wasn’t like him at all. Women flocked to Braden. Ian wasn’t the jealous type, and it wasn’t as though they didn’t regularly fuck the same woman. At the same time. What was unusual was for one of them to actually have sex with a woman solo.

Boy, did that sound screwed up.

“Hey, if you want me to back off, I will,” Braden said. He lifted his hands in a gesture of surrender. “I’m not going to lie and say I’m not hella attracted to her. There’s something about her that makes me crazy, but at the same time, she lights my fires like no other woman ever has.” He grinned and rubbed his chin as if remembering. “Every time she slugs me, I get a hard-on from hell.”

Ian rolled his eyes, but he couldn’t help the chuckle that escaped. Braden had a way of diffusing even the tensest situation.

Ian sighed and flopped into the seat. “Do you have any idea how ridiculous it is for either of us to even consider getting tangled up with her?”

Braden sat down across from Ian and tilted the bottle to drain the last of his water. “You didn’t answer the question.”

“I think reminding you how stupid it is for either of us to get involved with her is a damn good answer to your question.”

“My head may know that, but the rest of me ain’t cooperating,” Braden said with a grunt. “There’s something about her, man. She makes me nuts but at the same time I have the strongest urge to protect her.” He paused and looked down at his water bottle in disgust. “It’s not just sexual attraction. I wish to hell it was. I don’t know what the fuck is going on, but I don’t like it.”

Ian laughed. At least in this he could relate. He didn’t like his attraction to Katie any more than Braden did, apparently. The problem was, there was something primitive about his reaction to her. Something that spoke to the beast locked within him. It wasn’t something he could control, and he didn’t like it a damn bit.

“I take it you don’t think fucking her brains out is the way to get her out of our systems,” Braden grumbled.

“I can think of about a dozen reasons why it would be a bad idea,” Ian said.

“Yeah, well, I can come up with at least one reason why we should.”

“You can’t tell me that you don’t know she would rock our damn world,” Braden said with a grin. “Violent chicks make the best lovers.”

Pure unadulterated lust streaked through his groin as Ian imagined fucking her mouth while Braden took her from behind. Yeah, she’d probably eat them both alive, but just because they’d be assured of mind-blowing sex, didn’t mean they should do it.

“Why don’t you jerk off in the shower and get some rest instead. It won’t get you into near as much trouble.”

“You know this makes us assholes,” Ian said. “She’s injured, exhausted, bloody and bruised, and all we’re thinking about is how good in the sack she’d be.”

“Goddamn liar. And hey, I’d be gentle with her. I’d be more worried about how rough she’d be with me.”

Ian shook his head but cracked up at the hopeful look on Braden’s face. Yeah, he wanted her. As much if not more than Braden did, but unlike his brother, he didn’t plan to do anything about it. 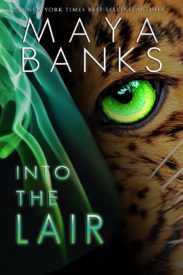 is Book 2 in the Falcon Mercenary Group Series