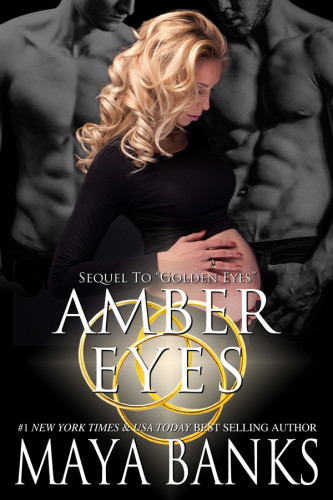 Book 2 in the Wild Series 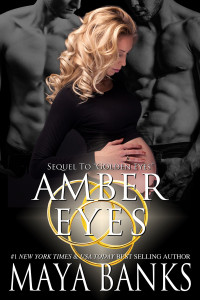 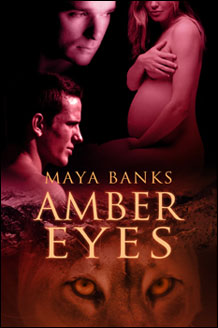 Jericho stood outside the bedroom door listening as the shower came on and then to her sounds of pleasure. She sounded almost carefree in that one moment, as though she’d been denied the simplest of comforts and rediscovered them.

What was the fool woman doing running around the mountains naked? She didn’t seem crazy, just…unusual in a way that he couldn’t put his finger on.

“Is she staying?” Hunter called from the kitchen.

“Yes, she’s staying,” he said with mild exasperation. “Where the hell is she going to go?”

“And that stopped her before?”

Jericho didn’t bother with a response. Hunter usually had to have the last word anyway.

He stood there several more minutes and was about to go in to make sure she hadn’t taken a dive out the window when the door cracked open and she peered cautiously out.

Those amber eyes flashed against her small face, and unbidden images of the cougar came to his mind.

“Breakfast is about done. You coming out?” he asked when she made no move to walk out of the bedroom.

She hesitated for another brief second before opening the door wider. She slipped by him with barely a whisper, and she seemed to draw in her entire body to refrain from making incidental contact. Hell, he couldn’t be that scary.

But then again, in her place, he’d probably be a little worried. Being hauled out of a cave—no matter how weird that might be—by two strange men and taken to a remote cabin. No, that still wasn’t more bizarre than her running naked through the Rockies in the dead of winter.

He followed her into the kitchen and nearly ran over her when she came to an abrupt halt. Hunter was standing next to the small stove eyeballing her with that piercing stare of his.

She trembled against Jericho, and despite his resolve to exercise extreme caution when it came to handling her, he reached out and folded his hands over her slight shoulders.

“He won’t hurt you. He always looks like a bear with a sore tooth.”

She nodded solemnly. “Bears can be very cranky creatures. I try to avoid them at all costs.”

“Go on and sit down,” Jericho coaxed. He nudged her toward the small table in the corner and gave Hunter a reprimanding glare as they walked by.

Hunter rolled his eyes as he slapped ham on a plate.

Jericho took the seat across from their guest and realized he had no clue what her name was. She sat there almost primly, ill at ease, as if with the slightest provocation she’d bolt like a deer.

He puzzled over her stilted speech, trying to place the accent. He’d been a damn lot of places, but he couldn’t remember hearing someone who sounded like her.

His eyes widened. “How the hell did you know that?”

She paled and her eyes flashed with panic for a moment. “You told me.”

“No, I didn’t. We haven’t exchanged names yet, sweetheart. Hard to do that when you’re out cold.”

“I must have heard you and Hunter talking,” she mumbled.

Hunter plopped the food on the table between them and gave Jericho a look that clearly said I told you so before he settled into the seat next to Kaya.

She picked up both the fork and the knife and held them in tightly curled fists as she surveyed the plate in front of her. It was as if she didn’t know where to start.

“Dig in,” Hunter said as he speared a slab of ham and dragged it onto his plate.

She started by taking a piece of the ham as Hunter had, but then she quickly got into the spirit and spooned eggs, grabbed two biscuits and took some of the sausages as well.

There was no delicacy in her table manners. She dug in with almost scary zeal. Jericho exchanged a glance with Hunter. When was the last time she’d eaten?

He wanted to ask her questions, but he wasn’t about to interrupt the killing going on in her plate.

When she’d tucked the last morsel away, she sat back with a contented sigh. “Thank you. That was wonderful.”

Then to Jericho’s amazement she pushed from from the table and stood. “I should be going now.”

He and Hunter bolted up at the same time. Hunter was less subtle than Jericho planned to be.

“You’re not going anywhere,” Hunter said with a growl.

Jericho wasn’t sure who was most surprised by that declaration. Him, Kaya or Hunter himself.

She edged backward, her posture defensive. “I can’t stay. Truly. I appreciate the clothes and the food.”

“Where the hell do you think you’re going to go? Back to that cave?” Jericho burst out.

Confusion darkened her eyes. “Well, maybe not that one.”

Hunter was evidently through talking. He closed in on Kaya and herded her toward the living room before she could even launch a protest. Jericho followed, shaking his head at Hunter’s inability to make up his mind whether he wanted the woman to stay or go.

Hunter was about to park her on the couch when he picked up her hand and turned it over. “What happened to your hand?”

Jericho got closer and noticed that there was a still-raw-looking wound in the crease of her palm. There was no blood and it was obviously healing, but it had been one hell of a gash.

She curled her fingers into a fist to hide the injury. “It’s nothing.”

“Seems to be your week for strays with wounded hands,” Jericho taunted Hunter.

Hunter shot him a quelling look and then returned his gaze to Kaya. “Have a seat so we can talk. There are some questions I need answered before I let you just walk out that door.”

Kaya stared back at him in horror. He looked so…determined. “You can’t keep me here if I want to go.”

Her gaze flitted to where Jericho stood a few feet away, but the resolve framing his jaw was no less than Hunter’s.

“Where the hell do you live?” Hunter asked.

“I live here,” she said simply. Then she realized how that sounded. “Not here, I mean here. I live in the mountains. This is my home.”

“Is there any reason you broke into our cabin then?” Jericho asked.

She twisted her fingers nervously in front of her. “I was hungry.” And lonely. Desperate for human contact. Not just any, but theirs.

“So wherever it is you live, you obviously have no food,” Hunter said grimly.

Hunter and Jericho exchanged frustrated glances. Then Jericho turned back to her. “Are you alone? Do you live with anyone else? I’d feel a whole lot better if I knew you weren’t wandering around these mountains by yourself.”

Her brows came together. “But I’m always alone. There’s no crime in that.”

Hunter let out a sigh, and then he leaned down, framing his hands on either side of her legs as he faced her. Their noses were just inches apart, and she blinked as she stared into his green eyes.

“Let me make myself clear, Kaya. You’re staying. Until you can come up with some answers that make sense and you can convince me that you’ll be okay, you’re not budging from this cabin. Are we clear?”

Fear fluttered into her throat, and deep within, the cat snarled and hissed its displeasure. She wanted her freedom.

“You can’t do that,” she whispered.

“We’ve already covered this,” he said in a bored tone.

Her gaze flew to Jericho, a helpless plea for him to understand. It was like meeting with a stone wall.

“Why?” Jericho demanded. “You look like you’re about to crawl right out of your skin. We’re not going to hurt you, Kaya. We want to help you.”

“I don’t need your help. I can take care of myself.”

“What are you hiding?” Hunter asked bluntly.

The blood drained from her face. “N-nothing.”

Something odd flickered in Hunter’s eyes for a moment. Then he backed away, slowly straightening. He shoved his hands in his pockets and glanced at Jericho.

“She’s right. We can’t keep her against her will.”

“What?” Jericho exploded. “Are you shitting me? You know we can’t let her wander off in the snow again.”

Kaya inched forward, her hands curling around the edge of the couch. Jericho jerked around to glare at her and pointed a finger in her direction.

She swallowed as she watched the two men square off in front of her.

“You can’t keep her,” Hunter said calmly. “She’s a grown woman, and from what I can tell, while maybe a little strange, she seems to be in full control of her faculties.”

“You’re just going to let her walk out of here in bare feet, baggy-ass sweats and my shirt?”

Hunter’s teeth flashed, reminding Kaya of a wolf. It had been so long since she’d seen one. Not since her childhood in Alaska.

“Not at all. She’ll stay tonight, and if in the morning she’s still hot to trot to get out of here, you and I will take her home and make sure she hasn’t lied to us about having a place to live.”

He turned to her again and eyed her levelly. “Got a problem with that?”

She swallowed and shook her head. What else could she do or say? She cast a longing glance toward the window to where pale moonlight bathed the snow. The cougar rolled within, edgy and impatient. Run.

She shook off the instinct. Then she looked back up at Hunter and then Jericho. “I will stay tonight, but tomorrow I must leave.” 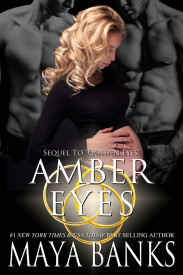 Amber Eyes in Other Languages:

is Book 2 in the Wild Series