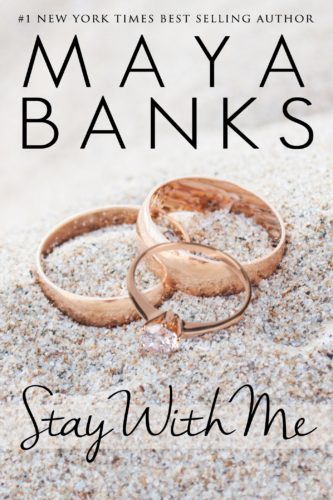 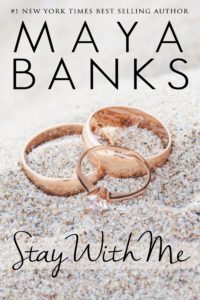 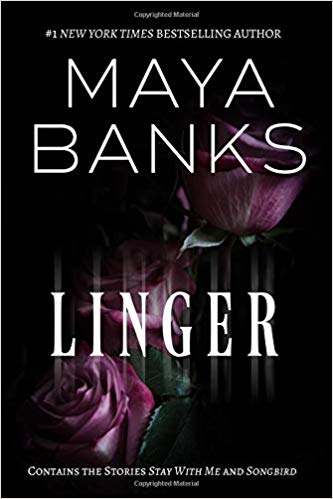 Catherine spun around, shocked to see Logan standing there, hands shoved into his pockets. He looked as though he hadn’t showered, shaved or changed in a week.

She finally closed her mouth and tried to control the tremble of her muscles.

“What are you doing here?” she demanded.

He moved closer until she could see the anger outlined on his face. The moon cast a pale glow over both of them, and she backed hesitantly away until she was ankle-deep in the surf.

His fingers closed around her upper arm, and he pulled her forward until she was clear of the water.

“I came to find you,” he said simply.

“But how did you know where I was?” she asked, still numb with the shock of seeing him. He was here. Not at work.

She crossed her arms over her chest and stared defiantly at him. Did the arrogant bastard actually expect her to feel badly after he’d stood her up on their anniversary then cancelled the trip he’d promised he’d take with her?

“Come here,” he said quietly, pulling her into his strong arms.

She was a mass of conflicting emotions as she pressed against his chest. God, it had been so long since he’d held her, touched her. In the past, all it had taken was a simple caress, a few soft words, and she’d forget and forgive.

She started to pull away, but his hold on her tightened.

“Let’s go back to the hotel room. I’m tired. I stink. I’m dirty. I’ve been in these clothes for three days. We can talk after I’ve had a shower.”

“Where is Rhys?” she asked, afraid that maybe he hadn’t come.

“You should get your own,” she said quietly.

He stared at her, his eyes blazing, and she looked away, swallowing the urge to run. He reached out, his fingers stroking over her wrist before curling around her palm.

“Come back to our room, Catherine. We’ve come a long way to find you. The least you can do is talk to us.”

She shook from head to toe, and she was fast losing the tenuous grip she had on her emotions.

“Come back with me.”

It wasn’t a request. It was a command. To her dismay, she started forward, allowing him to lead her down the beach toward the hotel.

His fingers remained tightly wrapped around her hand as if he feared she’d flee.

Through the crowd of dancers, up the steps to the veranda and past the live band. Into the cool interior of the hotel, down the hallway to the elevator. They walked, silently.

He pulled her into the elevator, pushed the button for the top floor then curled his arms around her, molding her back to his chest.

She closed her eyes, trembling in his arms. How long had it been since he’d held her? Touched her intimately? Looked at her like he’d done on the beach, like she was the only woman in the world, a woman he wanted badly.

His lips burrowed into her hair, nuzzling the back of her neck. A prickle of desire skittered down her spine. She craved him, needed him. God, she needed him.

She leaned back into him, cursing her weakness but loving the solid security she felt in his arms.

“Where did you get this outfit?” he murmured against her ear.

The elevator opened, and he curled a hand around her wrist once more, tugging her into the hallway.

“I bought it for our vacation,” she said through tight lips.

He fumbled in his pocket as they neared the suite and pulled out the room card. He jammed the card into the slot and shoved the door open.
A blast of cool air raised goose bumps on her exposed skin, and she rubbed her arms as they walked further into the room.

His and Rhys’ luggage was thrown carelessly on the floor as if they’d dumped it and left just as quickly. In their search for her? Her gaze slid sideways, gauging his mood.

He was looking intently at her even as he loosened his shirt and began pulling at his pants.

“What are you doing?” she asked faintly, heat surging to her cheeks.

The door opened and Rhys swept in, looking as haggard as Logan did. When his gaze alighted on her, relief poured over his face, lightening his green eyes.

“Cat, thank God,” he whispered as he walked toward her.

He pulled her into his arms and held her tightly, his chest heaving against her. She tried to push him away, but he wouldn’t let go. When he did finally relinquish her, it was only to tilt her head back and capture her lips in a demanding kiss.

Anger, need, sadness, passion. Love. It was too much. She yanked away, emotion nearly choking her. She turned, not wanting either man to see how upset, how indecisive, she was.

She shook her head and focused her watery stare at the opposite wall.

Logan reached out and touched her cheek, brushing at the trail of moisture. “Don’t cry, Catherine. Please don’t cry. Let us love you. Give us tonight. We’ll talk tomorrow—I swear it.”

She shook off his touch, immediately feeling bereft of the warmth of his fingers. She backed away, crossing her arms protectively over her chest.

“I don’t want you here,” she said in a shaky voice.

As she spoke, she lifted her chin and stared first at Rhys and then over at Logan. Hurt briefly flickered across Rhys’ face, but Logan’s dark eyes were unreadable.

“You don’t want to be here, so why are you?” she challenged as anger bubbled free. She had to swallow and breathe deeply through her nose. The urge to scream at them, to make them bleed as she’d bled, was strong.

“Because you’re here,” Logan said quietly. “And you belong with us.”

She couldn’t control the flood of hurt as she yanked her gaze up to his. He actually flinched, and guilt crept into his expression.

Strong hands curled over her bare shoulders. Rhys moved in from behind, his lips pressing against the curve of her neck. Logan reached for her hand, and she pulled it away.

He ignored her rejection and closed the distance between them, reaching around to retrieve the hand she’d hidden behind her back.

Without saying another word, he tugged her away from Rhys and led her into the bedroom. His finger slid up her spine, eliciting a delicate shiver. He stopped when he reached the thin tie of her top. With a tug, the scrap of material fell away, baring her breasts.

The finger wandered back down her spine until it reached the small of her back. Then his hand caressed the bare skin of her bottom, cupping and kneading one cheek, then the other. He pulled the G-string from the cleft of her ass, running his finger down the length.

With a quick yank, he broke the strap and let the material fall down her legs.

He put a finger to her lips. “Shhhh.”

She stared at him, praying she didn’t look as vulnerable as she felt. With one hand splayed over her ass, he moved the other hand from her lips down to cup her breast in his palm. His thumb rubbed lightly over the nipple, causing it to tighten and pucker.

“Don’t move,” he commanded as he turned and walked out of the room.

He was back in seconds, one of her scarves in his hand. Her eyes widened as he quickly wrapped it around her wrists.

“Shhhh,” he said again. He finished restraining her wrists then nudged her toward the bed. The back of her knees met the mattress, and he pressed until she was forced to lie back. He raised her hands and secured them to the bedpost.

She stared at him with wide eyes, nervous as Rhys came to stand beside the bed. It had been so long. And she was weak. How could she welcome them back into her bed when they’d ignored her for so long? She closed her eyes, refusing to allow them to see the need and the longing.

“We both need a shower,” Logan said in a low voice. “We’ve been traveling forever, haven’t changed our clothes. And I want you to be here when we get back.”

Beside her Rhys ran a finger over her shoulder, around the sensitive skin of her neck, into the hollow of her throat and then lower to her breast.

He circled her nipple until it puckered and stood taut.

Need burned between her legs, tightening her pussy until she fidgeted and twisted restlessly. When was the last time either of them had touched her? Looked at her with lust in their eyes?

They’d sworn never to take advantage of her and that they’d always take care of her. Love her. Give her what she needed. Only they’d lied.

She turned her face away, not wanting them to see her pain. Rhys bent and kissed her softly on the temple. The simple gesture was nearly her undoing.

“I’ll be right back,” he whispered. “And then I’m going to love every inch of you.” 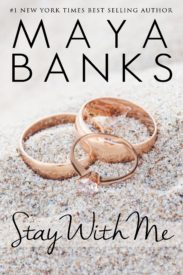 Stay With Me in Other Languages: