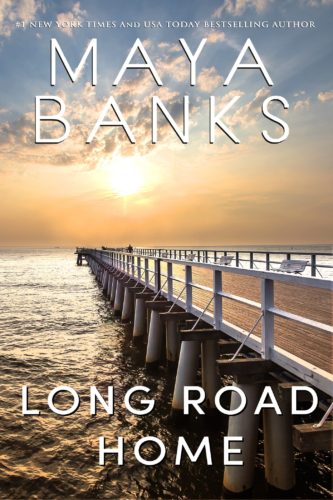 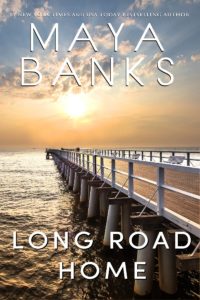 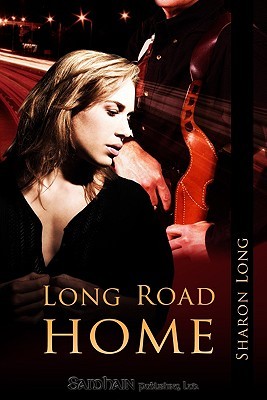 Jules Trehan climbed out of her rented Jeep and looked warily around her. The remote cabin she had been staying in for the last week had afforded her privacy…so far. But she didn’t harbor any illusions that it would last for long. Northstar would find her. It was time to leave.

She slammed the door and leaned heavily on the cold metal. Around her, the rugged beauty of the mountains gave her a small measure of comfort she’d long been without. Sadness that she would soon move on crept through her, inserting an unrelenting ache in her chest.

Closing her eyes, she breathed deeply of the pine-scented air. Here in this untamed land, the illusion of freedom was ever present, yet she viewed it as she would a magician’s feat—pleasing, but not real.

Though she knew she must hurry, she allowed herself one more moment to revel in the stark beauty of the Colorado sky. Regret. So much regret. She closed her eyes and then deliberately hardened her mind, shutting out everything but the task at hand. Survival.

Spurred to action, she mounted the steps to the cabin that overlooked Miramonte Reservoir and opened the door. She slipped inside, intent on collecting her sparse belongings and hitting the road.

There wasn’t much to pack. She threw a change of clothes and several packets of dried rations into an overnight bag. All her weapons, with the exception of the pistol she carried, were secured in the back of the Jeep, and the rest of her supplies were tucked away in a locker in Denver. She’d go there next to collect them. Then she’d disappear to some foreign country and start a new life. And if she were really lucky, she could escape the person she had become.

The sound of tires crunching on gravel drew her attention to the window. She yanked her gun from her back waistband and hurried in the direction of the door. She flattened herself against the wall next to the window, and, with one finger, she pulled the curtains slightly open and peered out. A light-colored sedan pulled to a stop beside her Jeep.

She gripped the stock of her pistol, and her finger caressed the trigger. Adrenaline pumped furiously through her veins as she waited for the occupants to get out. When they did, she nearly dropped the gun in shock. Pain, and so much longing, throbbed through her veins. How had Mom and Pop found her?

She jerked away from the window and leaned her head against the wall. It was a trick. It had to be. Look-alikes hired by Northstar.

Footsteps sounded on the steps, and she slid over to the door, her gun raised. Her breath came in rapid spurts as her throat swelled with unspent sobs.

God, it sounded just like her mom. Fear gripped her. Had the Trehans been harmed? Had Northstar carried out his threats?

She cracked the door and shoved her gun out at the older couple. “Who are you? What do you want?”

“Put that damn thing away,” Marshall Trehan groused. “Is that any way to greet us after three years?”

She thrust her gun back into her pants and threw open the door. She was in her mother’s arms in an instant.

“Jules, my God, it’s really you.” Her mother’s arms tightened around her.

Jules closed her eyes and inhaled the comforting scent of her mom. Still a mixture of vanilla and butter after all these years.

“Do you have a hug for your old man?”

She released her mother and went willingly into Pop’s arms. His strong embrace seemed weaker than usual, but he still smelled of Old Spice aftershave. He patted her on the back and kissed the top of her head. “You’ve got a lot of explaining to do, girl.”

Reality quickly tempered her euphoria. She drew away and gestured her parents inside. As they walked by, she scanned the outside perimeter, taking in every detail of her surroundings.

At her side, her phone pulsed and vibrated. Dread stole over her.

“Be quick. You don’t want to keep your mother waiting,” he said gruffly.

She closed the door behind her and yanked out her phone. “What do you want?” She walked toward her Jeep as she waited for a response.

“Always to the point. I admire that about you.”

“Try it sometime,” she bit out.

“Enjoying your visit with the Trehans?”

She froze. “Are you behind this?”

“I would think you’d appreciate it.”

She remained silent, her mind working quickly. Northstar did nothing that didn’t benefit him. 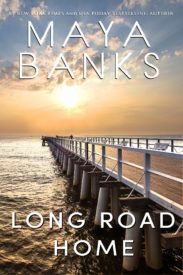 Long Road Home in Other Languages: