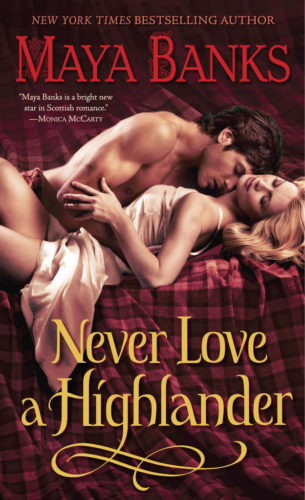 Book 3 in the McCabe Trilogy 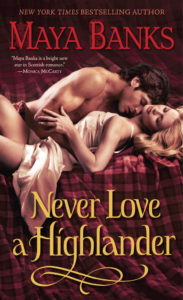 Caelen looked toward the stairs for what seemed like the hundredth time, and Ewan looked impatient as well. Rionna and Mairin had been gone for some time. It was late into the night and Caelen was ready to have done with the entire wedding celebration.

Some celebration. His bride had been stiff and distant throughout the entire ceremony, and afterward she’d sat silent while the room celebrated around her.

If her demeanor was anything to go by, she was even less thrilled than he with the match. It mattered naught. They were both bound by duty. And right now his duty was to consummate his marriage.

His loins tightened, and the surge of lust took him by surprise. It had been a long while since he’d had such a strong reaction to a woman. But it had been thus since the day he’d laid eyes on Rionna.

He’d been shamed by his reaction to his brother’s betrothed. It was disloyal and disrespectful to feel such a keen burning in his gut.

But no matter that he damned himself, it didn’t change the fact that she had only to walk in the room and his body leapt to life.

And now she was his.

He searched the entrance to the stairs one more time and then sent a pointed stare toward Ewan. It was time to collect his wife and take her to bed.

Ewan nodded then stood. It didn’t seem to matter that the king was still heartily enjoying himself. Ewan merely announced that the festivities were at their end and that everyone should seek their beds.

Everyone would reconvene in the morning and talks would begin. Ewan had a legacy to claim on behalf of his daughter and there was a war to wage against Duncan Cameron.

Caelen followed Ewan up the stairs where they were met by Gannon.

“Lady McCabe took to her chamber an hour ago when the babe awoke for feeding,” Gannon said to Ewan.

“And my wife?” Caelen drawled.

“Still within Keeley’s chamber. Alaric is in Keeley’s old chamber, but he’s losing patience and fair itching to get back to Keeley.”

“You may tell him Rionna will be gone within the minute,” Caelen said as he strode toward the door.

He knocked, only because ’twas Keeley’s chamber and he had no wish to alarm her by barging in. ‘Twas an insult for Rionna to have spent so much time above stairs, missing most of their wedding celebration.

Upon hearing Keeley’s soft summons, he opened the door and entered.

His expression eased when he saw Keeley propped haphazardly on her pillows. She looked as though she was about to slide off the bed, and he hurried to prop her up. Exhaustion ringed her eyes and she grunted as he positioned her better.

“‘Tis all right,” she said with a small smile.

He frowned when he realized she wasn’t present.

Keeley nodded toward the far corner. “She’s there.”

Caelen turned and, to his surprise, saw her propped in a chair against the wall, sound asleep, her mouth open and head tilted back. Then as he took a closer look around the room, he saw the tankard of ale and the empty goblets.

With a suspicious frown, he peered into the tankard only to find it empty. He glanced back at Keeley, who’s eyes looked precariously close to rolling back in her head, and then back to Rionna, who hadn’t stirred a wit. He remembered all the ale she’d consumed at the table below stairs and how little she’d eaten.

Caelen shook his head. Foolheaded females. He started toward Rionna when Keeley’s soft entreaty stopped him.

“Be gentle with her, Caelen. She’s afraid.”

He stopped, stared down at the passed out woman in the chair, and then slowly turned to look back at Keeley. “Is that what this is about? She got herself soused because she’s afraid of me?”

Keeley’s brow wrinkled. “Not of you particularly. Well, I suppose that could be part of it. But, Caelen, she’s frightfully . . . ignorant of . . .”

She broke off and blushed to the roots of her hair.

“I understand your meaning,” Caelen said gruffly. “No offense, Keeley, but ’tis a matter between me and my wife. I’ll be taking her now. You should be resting, not consuming ridiculous amounts of ale.”

“Has anyone ever told you that you’re too rigid?” Keeley groused.

Caelen leaned down and slid his arms underneath Rionna’s slight body and lifted her. She weighed next to nothing, and to his surprise, he liked the feel of her in his arms. It was . . . nice.

He strode toward the door, barked an order to Gannon whom he knew to be standing on the other side, and the door quickly opened. Caelen met Alaric in the hall who raised his eyebrow inquiringly.

“See to your own wife,” Caelen said rudely. “She’s probably unconscious by now.”

But Caelen ignored him and continued on to his chamber. He shouldered his way in and then gently laid Rionna down on his bed. With a sigh, he stepped back to stare down at her.

So the little warrior was frightened. And to escape him, she’d drank herself into oblivion. Hardly complimentary to Caelen, but then he supposed he couldn’t blame her. He hadn’t been . . . Well, he hadn’t been a lot of things.

With a shake of his head, he began peeling away her clothing until she was down to her underclothes. His hands shook as he smoothed the thin linen garment over her body.

He could see nothing of her breasts. She was a slight woman and she didn’t have much in the way of a bosom. Her body was lean and toned, unlike any other woman he’d ever encountered.

He ached to lift the hem of her underdress and pull it away from her body until she was naked to his gaze. It was his right. She was his wife.

But he couldn’t bring himself to do it.

He could wake her now and assert his husbandly rights, but he had a sudden desire to see her eyes flame with the same want he felt. He wanted to hear her soft cries of pleasure. He didn’t want her to be afraid.

He smiled and shook his head. When she woke in the morning, she’d likely have a raging headache, and she’d wonder what the hell happened the night before.

He might have a conscience about taking what was rightfully his until she was prepared to surrender herself body and soul, but that didn’t mean she had to know it right away.

He slid into bed beside her and pulled the heavy fur over the both of them. The scent of her hair curled through his nose, and the warmth from her body beckoned to him.

With a muttered curse, he turned over until he faced away.

To his utter dismay, she murmured in her sleep and then snuggled up against his back, her warm, lush body molded so tightly to his that he hadn’t a prayer of sleeping this night. 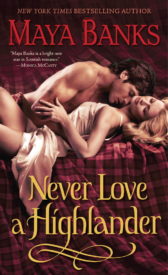 Never Love a Highlander in Other Languages:

is Book 3 in the McCabe Trilogy