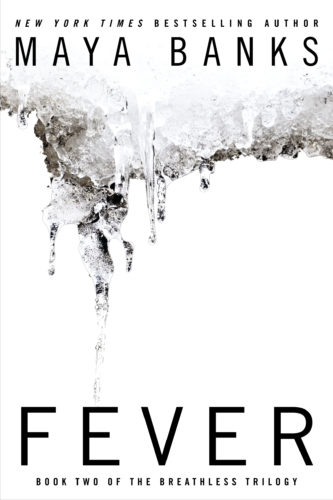 Book 2 in the Breathless Trilogy 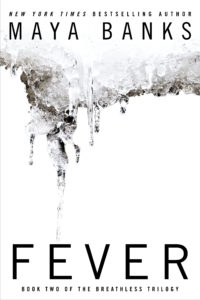 Jace came awake with none of the sharpness he usually possessed. He was a habitual early riser. He didn’t even own an alarm clock. He woke every morning at the same time no matter whether it was a workday or not.

This morning, however, he roused reluctantly, his body loose and sated, contentment slogging through his veins. He reached automatically for Bethany, wanting the feel of her skin beneath his fingers.

Finding only an empty spot, he frowned and came more fully awake, rising up on his elbow to stare at the very vacant space next to him. The only evidence she’d been there was the indented pillow, though she’d spent the majority of the night with her head nestled on his shoulder, her body curled into his side.

How the hell had Bethany gotten out of bed without him knowing it? He shook his head and threw his legs over the edge of the mattress. He pushed upward, stretching as he went in search of her.

He ambled into the living room of the suite, rubbing his hand over his nape and up into his hair. It was completely silent. And empty.

His gaze went to the closed door of the second bedroom just across the living room and he was struck by the thought that it was very possible Bethany was inside that room. In bed with Ash. He clenched his fists and inhaled sharply. He strode across the distance and hesitated once he reached the door, his hand hovering over the handle.

The very last thing he wanted to see was Bethany in Ash’s arms.

Rage sizzled hot in his blood. He sucked in several breaths in an attempt to get control. His hand tightened around the handle to the door until his knuckles were white.

He gave the handle a sharp twist and pushed inward, his eyes immediately seeking the bed. His gaze narrowed and his brows came together when he saw Ash sprawled on the bed. Alone. No sign of Bethany anywhere.

Ash stirred and his eyes opened. His head lifted, and he scowled when he saw Jace.

“Is the hotel on fire?”?Jace didn’t answer and Ash’s head flopped back onto the pillow. “No? Then go the fuck back to bed and leave me the hell alone,” Ash grumbled. “It’s too goddamn early.”

“I was looking for Bethany,” Jace said quietly.

Ash’s head came back up, his gaze sharp. “I left her with you, man.”

“She’s not there. She’s not anywhere in the suite.”

Ash pushed himself up to his elbows, the sheets tangling at his waist. “She bail?”

Jace’s lips tightened. “I don’t know. Maybe she just went down for something.”

Ash lifted an eyebrow as if to say he thought Jace was a dumbass.

Jace blew out his breath and turned around to walk back out of Ash’s room.

Jace’s gaze swept the room again, looking for anything. A clue.

Something that told him she’d be back. When he got back to the bedroom where he and Bethany had slept, he noted this time that none of her clothing was where it had been tossed the night before. There was nothing that suggested she’d been here at all.

Ash’s voice drifted to Jace and Jace strode back out of the bedroom to see Ash standing in the living room in front of the coffee table holding one of the stationery note cards with the hotel logo. Ash held it out as Jace walked over and reached for it.

Flipping it open, he frowned as he read the feminine cursive that flowed across the surface.

Thank you for a wonderful night and for dinner. You made it special. I’ll never forget it or you.

“Son of a bitch,” Jace muttered.

He turned away from Ash and then savagely threw the note across the room. It hit the wall and fluttered downward. She’d left! Without saying a word. Without waking him up. She’d slipped from his bed and walked away. He didn’t even know her fucking last name. Or where she lived. Or how to find her.

He’d thought he had time to find out all of those things. He’d planned to learn as much as possible about her over breakfast. He’d had it all worked out. Breakfast in bed. Spoil her ridiculously. Make love again, preferably after Ash left. And then let her know in no uncertain terms that they would be seeing each other again.

Jace spun back around. “She’s gone. That’s the problem.”

Ash’s lips tightened and he sent an inquisitive look in Jace’s direction. “What, exactly, were you wanting from this? Another night? Two? Then what? It’s not like we ever do long-term. I realize this may not have gone the way you wanted, but you have to appreciate the irony of her being the one to walk away. That’s usually what we do. She made it a hell of a lot easier on us.”

Jace’s teeth ground together, his nostrils flaring as red-hot anger whipped up his spine. It took every ounce of control not to lash out at his best friend. He exhaled forcefully and then lifted his gaze to meet Ash’s.

He couldn’t keep the disgust from his tone. Didn’t even care. He turned and stalked back into the bedroom to get dressed. He yanked on his pants and shirt, not bothering to shower or shave. He had no idea how long ago Bethany had left and he wanted to make sure he questioned the staff in the lobby and the doorman.

His mind was already working through his options when he walked back through on his way to the door.

Jace paused and turned to see Ash still standing in the living room, a troubled expression on his face.

“What’s going on, man? You’ve acted differently with her from the moment you saw her at the party. We’ve fucked a lot of women together but last night you didn’t act like you were down with what we were doing at all.”

Jace stared at him a long moment. “Because it’s what I had to do to have her.”

Without waiting for a response, Jace turned and left the room. He got on the elevator and stabbed the button for the lobby and simmered with impatience as he waited for the doors to close.

Yeah, Ash was going to think he’d lost his fucking mind. Maybe he had. He certainly couldn’t explain this . . . He didn’t even know what to call it. Obsession?

He knew it wasn’t simple lust. He’d experienced that plenty of times. Lust was uninvolved. Lust was about sex and sating a need. Physical release with no emotional involvement.

And yet how could he possibly think he had an emotional connection to Bethany when he knew nothing about her?

He stepped off the elevator with purpose. She may have run, but he was damn well going to haul her back.

Half an hour later, he was ready to put his fist through a wall. After questioning every single employee who may have seen her, he’d gotten exactly nowhere. The doorman reported seeing her walk out of the hotel just after dawn. She hadn’t asked for a cab, hadn’t hailed one herself. She’d simply walked away.

Without a fucking coat.

It was half raining, half snowing and it was goddamn cold. And she’d walked out without a coat.

What frustrated him even more was that he wanted to track down the catering service and demand information on Bethany, but it was Sunday, which meant that until Monday, he was screwed. 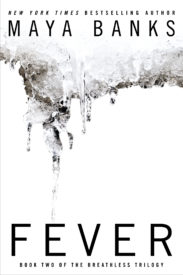 Fever in Other Languages:

is Book 2 in the Breathless Trilogy