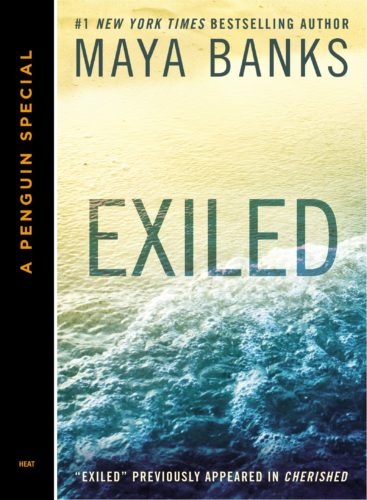 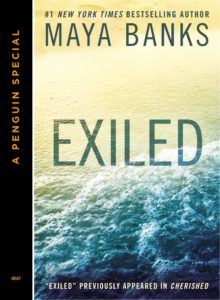 “So she came,” Xander murmured as he stared down at Talia gracefully exiting the car he’d sent to pick her up at the airstrip.

“Did you doubt she would?” Garon asked dryly.

Xander’s gaze never left Talia as Sebastien took her arm to escort her into the villa.

“Who knows the mind of a woman?” Xander said. “I’ve seen nothing to doubt that she would ever go back on her word, but when faced with my expectations, it’s only logical to assume that any woman in her position would have second thoughts.”

“She’s still a virgin,” Xander said, unable to keep the satisfaction from his voice.

Xander lifted an imperious brow. “Of course it does. I may not be her only, but I’ll damn well be the first.”

“Some might argue that what you plan to subject her to is a bit much for an innocent.”

Xander could no longer see Talia. Sebastien had escorted her into the front where she would await him in the sitting room. He twitched with impatience to go to her, but it wouldn’t do for him to seem eager.

He wanted this to be on his terms. She would never know just how long he’d waited for this time to come. She was his now.

“You’re a damn hypocrite,” Xander said with no heat. “You’re dying to fuck her every bit as much as I am.”

Garon’s lip lifted once more. The slight arch at the corner of his mouth was the closest he got most days to actually smiling.

“I don’t have the taste for innocents that you seem to have.”

“She won’t be so damn innocent when I’m finished with her,” Xavier murmured. “Besides, I don’t have a proclivity for virgins. Just one virgin. Her. I find I’m very possessive when it comes to Talia.”

Garon gave a snort. “And yet you’ll share her with your most trusted men.”

Xander shrugged. “It’s who I am. It’s what I do. I haven’t heard you complain once.”

Garon seemed to ponder the matter a moment and then his expression grew more serious. “No, I’ve not complained. But the woman in question has never been someone important to you. Talia obviously is. Think about what you do, Xander. Sex is sex. Kink is kink. I like a good time and a beautiful woman as well as the next man. But I would hate to lose trust or a friendship because emotions got involved.”

“Then see that yours don’t.”

Garon shook his head just as Sebastien entered the library. He inclined his head in respect toward Xander. “Talia waits below as you requested.”

“Tell me, Sebastien, do you find her beautiful?”

Sebastien lifted one eyebrow and then his eyes narrowed thoughtfully. “I’m uncertain of the point of your question, Your Highness. Of course she is a beautiful woman. Time has been more than kind to her. She’s no longer a girl of eighteen but a lovely woman of twenty-two.”

Garon stifled laughter at Sebastien’s rather irreverent address. “Your Highness” only got brought out for sarcasm. Xander’s security team were men who’d been with Xander for many years. Even before, they’d attended university together. Their friendship, trust and loyalty was unquestioning. Garon, Sebastien and Nico had been Xander’s only friends during a time of unrest in his country and in return they were the only people Xander trusted implicitly.

“Some would argue that twenty-two is still very much a girl,” Garon pointed out. “Virgin. Untouched. She seems very unworldly for a woman who’s spent the last four years in one of the world’s most sophisticated cities.”

“Are you trying to insinuate that Xander is a dirty old man?” Sebastien drawled.

Xander chuckled and Garon did that half smile again.

“I think it’s been well established that I’m a hopeless hedonist,” Xander said. “The question is whether she’ll be able to accept that.”

Sebastien sobered and glanced between Garon and Xander. “Is that what this is then? A test?”

Put that way, it sounded cold and clinical. No, nothing about his feelings for Talia could be considered cold.

“Perhaps?” he said lightly, unwilling to let his friends see the depth of his uncertainty or his indecision. “Perhaps it is a test of myself as well to see if this . . . lifestyle . . . is what I need or if it’s something I’ve merely wanted and enjoyed in the past.”

Exiled in Other Languages: