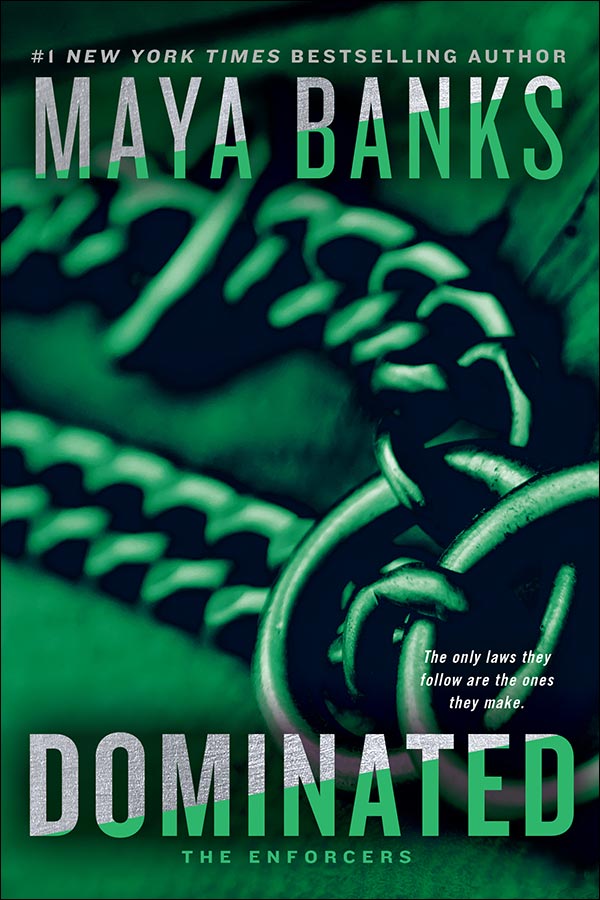 Book 2 in the Enforcers Series

“Angel, listen to me. Please.”

She went utterly still because this wasn’t a side of Drake she’d ever before witnessed. Humble. Upset? And dear God, he sounded precariously close to begging.

His thumb stroked across her cheek in a tender pattern, his eyes drenched with the same welling emotion that she felt in her throat.

“What do you want?” she whispered, her voice breaking with the strain of her heartache.

She flinched and would have reared back, but his other hand went to her shoulder to restrain her and hold her in place. Her breath stuttered out as though she couldn’t make her lungs cooperate and breathe for her.

She bit into her bottom lip, refusing to shed another tear over this whole messed‑up situation.

“There is so much I need to say to you. I need to explain. I don’t deserve your understanding and I damn sure don’t deserve your mercy, but if it were possible, I’d be on my knees in front of you right now begging for one chance to make things right. Come up with me so we can talk. So that I can give you what should have already been yours—what is rightfully yours and already belongs to you. I know I’m not worthy of your consideration. I know. But at least let me explain and try to make you understand. I’m not demanding any promises from you, but I can give you my promise. If you still hate me, if you still can’t stand the sight of me, if you never want to see me again after I’ve told you everything you need to know, then . . .”

He broke off and drew his hand away from her shoulder to run it raggedly through his hair. It was then she saw a startling revelation in his eyes. If his hand hadn’t already been curved around her chin guarding her mouth, her hand would have flown to her lips to stifle her gasp of shock.

“Then what?” she asked in a low voice, her lips trembling against the firmness of his fingers.

“I’ll let you go,” he said in a lifeless voice.

He said the words as if he’d just been handed a death sentence. And she didn’t understand any of this. The whole thing.

“You already let me go,” she said dully.

Rage sparked in her blood and rushed through her veins until she was dizzy with it.

“Yes. Oh yes, you did, Drake.” She sent him a scornful look that conveyed precisely what she thought of his method of farewell. Then she shook her head. “No, I guess that isn’t true either. You didn’t let me go. Letting someone go implies an act of kindness. A noble gesture. You threw me out like I was no better than garbage!”

Drake’s eyes closed briefly and then settled back on her face. “I owe you an explanation.”

“It’s a little late to be thinking of that now,” she said scornfully.

He shook his head. “Angel, please. Just come inside. Let me explain. Give me five minutes. If you want nothing ever to do with me again after five minutes, I’ll have Maddox drive you wherever you want to go, but it will not fucking be back to work at the run-down rat’s nest where I found you.”

His voice became fierce and his eyes blazed with a savage light. Her breath caught and hung in her throat as his face loomed closer to hers. Raw hunger emanated from the glittering orbs and her pulse accelerated wildly in her veins.

“I swore to provide for your safety and well-being whether I was in the picture or not, and I don’t break my word. You will be free to do what you wish, how you wish, without ever having to mop fucking floors or work in places where I can’t be assured of your security at all times.”

She knew her attempt at a smile was tragic. How could she smile when she was bleeding to death from the inside out? Drake Donovan never broke his word. Oh, but he had. Not only had he broken promises made to her as her dominant, but he’d lied to her. The entire time they were together. It was all one huge lie because nothing had been real.

Except her love for him.

And it was a well-known fact that one-sided love was doomed from the start. She couldn’t love him enough to make up for the fact that he didn’t and would never love her.

“Angel, you break my heart,” he said, his throat clogged with emotion.

“I’d say we’re even then,” she whispered without malice.

Dominated in Other Languages:

is Book 2 in the Enforcers Series